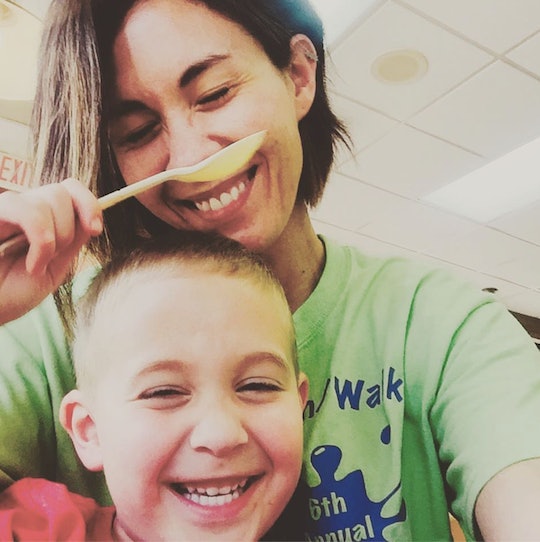 Before I gave birth to my 5-year-old son, I experienced two losses. Just short of giving up on having another baby, I discovered I was pregnant with him. I held that news close, afraid of going to the doctor only to be told there wasn't a heartbeat, because by this time I'd gotten used to saying goodbye more than hello. Through it all, I struggled with so many emotions I wasn't sure how to celebrate. In fact, I might've benefited from some of the things moms of rainbow babies need to hear in order to embrace the realities of another pregnancy.

Long before having my rainbow baby — a bay born after miscarriage or infant loss — I'd had my firstborn: my daughter. That delivery came with some complications, but it was, for the most part, a smooth process. I always planned on giving her a sibling, it's just that life apparently had a plan of its own that seemed almost hellbent on making me break my promise. Years of infertility, followed by those two pregnancy losses, meant I thought I'd have to accept being the mother of one. For some, it's a deliberate, personal choice to have one child (or none at all) and that's fine. That wasn't the case for me, though. I longed for more, it's just that my body refused to cooperate.

Once I carried my son to term, and after a frightening ordeal during delivery where we almost died together, I was filled with a great deal of conflicting emotions. Was I supposed to be happy? Sad? Grateful? Grieving? It made me realize being in this situation, with a history like mine, has a lot of layers. With that, here are some things moms of rainbow babies need to hear. The things I wish someone would've told me.