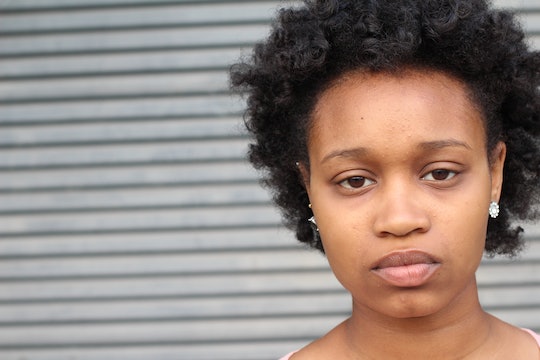 7 Things Moms With PCOS Won't Tell You, But I Will

As a teen, and for many years, I endured unexplainable menstrual and pelvic pain. It wasn't until I went to a gynecologist was I officially diagnosed with a tilted uterus and Polycystic Ovarian Syndrome (PCOS). While it certainly explained some of the pain and discomfort, there was a lot to learn about the disorder I'd have to learn to live with indefinitely. Understanding the basis of the disorder, and why it confuses those who haven't been through it, means there are more than a few things moms with PCOS won't tell you, but I will.

The height of my PCOS pain happened after I had my youngest in 2011. Because PCOS is a hormone disorder that can affect up to 10 percent of women, my periods had become increasingly more painful — sometimes leaving me bed-ridden — so I made another appointment with my doctor. By this point, I'd endured miscarriages, traumatic and high-risk pregnancies, and infertility woes, so this particular doctor and I had seen enough of each other. It was that appointment that led to the removal of my right ovary, which had become a haven for painful cysts.

I still have my left ovary, for now, though PCOS still reigns whenever and however it wants, often wreaking havoc on that remaining ovary. At times, I feel helpless and like I'm a prisoner in my own body. But the worst part of the disorder isn't even the pain or other annoying symptoms that come along with it, but the way others perceive PCOS and how they think you should feel and act when it festers. With that, here are some things other PCOS sufferers might not say, but I'm going to. Maybe, just maybe, you'll be a little more compassionate the next time you encounter someone dealing with PCOS.