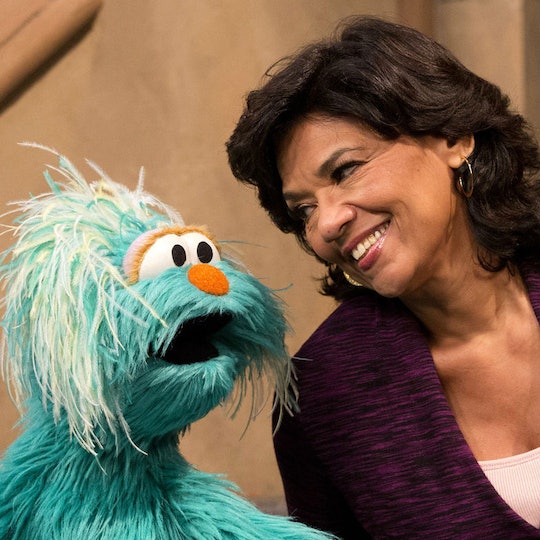 7 Things 'Sesame Street' Will Teach Your Child About Feminism

Chances are you watched Sesame Street as a kid and, if your child is anything like mine, you get to relive some of your favorite episodes as an adult. Conceived as a show that would educate and prepare children in under-served communities for school, Sesame Street has spent that last 40 years teaching children lessons that go beyond the ABCs. In fact, the more I watch it with my daughter, the more I realize that, in addition to diversity and acceptance, Sesame Street teaches children about feminism in a way that is easy to digest an understand.

You don't even realize you're learning about feminism until you're older and see how it's shaped your view on things. I recall an older episode in which Maria, played by Sonia Manzano, feel trepidation over asking for a raise at the fix it shop she worked in. When she finally found the courage to do ask, she was not only given a raise, but was promoted to partner of the entire store. It may sound like just a cute story when you're not paying attention, but the effects are enormous. And the feminism stories on Sesame Street don't solely focus on women doing anything men can do. These stories teach girls that they can love dressing up as a fairy and believing in magic, as well as  as much as they love digging in the dirt and pretending to be a construction worker. It's a show I'm proud for my daughter to be totally obsessed with and I love the feminist lessons she'll learn from it. Here are just some of the feminist messages girls and boys can learn from watching Sesame Street.