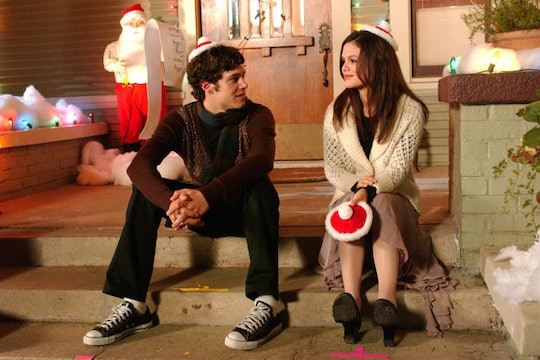 7 Things 'The O.C.' Taught Us About Blending Religions, Because Chrismukkah Really Is The Best of Both Worlds

In the first season of The O.C., Seth Cohen introduced viewers to one of the best holidays ever — Chrismukkah. Raised by parents in an interfaith relationship (his mother was a Christian and his father, a Jew), Seth found a solution to the overload of December holidays by combining the two to create Chrismukkah. In addition to giving fellow Cashews a holiday they could call their own, the Chrismukkah episodes of The O.C. taught viewers about blending religions, and how to balance a family while juggling traditions.

According to paper released in 2014 by David McClendon of the University of Texas at Austin, the proportion of interfaith marriages that remain with mixed-faith partners had gone up to 40 percent in the early 2000s from just 20 percent in the 1960s. As a result of interfaith marriages being on the rise, there are more families raising children to celebrate more than one religion.

And while Jewish-Christian pairings are the most common in the U.S., they’re not the only kind of interfaith family that exists. For them, Chrismukkah is a perfect solution, particularly because there are two widely celebrated holidays that happen at the same time of year (it happens again in the Spring, too). For other families, they may have to create their own blended holidays. But we have The O.C. to thank for these lessons about why blended holidays are the best holidays.