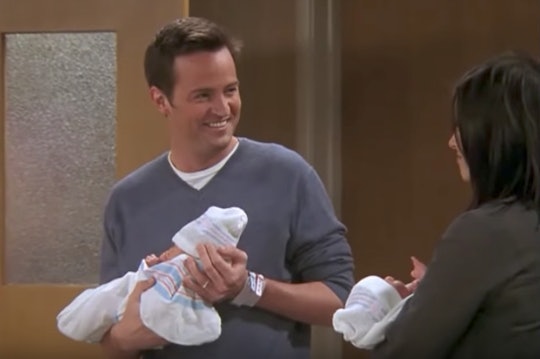 Dads kind of get the short end of the stick when it comes to gifts. When I was little I only gave my dad things I made, like an ashtray (I don't know why), a noodle necklace, or a scrapbook of crap where I just glued stuff onto blank pages and called it "art." My partner is in the same boat, and our kids make the greatest "art" to give him as gifts. But they're kids so they can get away with it. There are some things well-meaning people buy dads that are damn useless, though, and we all know it.

I'm more than guilty of purchasing something for my partner he didn't care about or use (I'm talking to you, every card I've ever spent money on). And we've been to more than a few holiday events where someone's given him the gift they thought he'd love. Yeah, he didn't. And while he always knows everyone, including me, means well — and even though he absolutely appreciates the sentiment — I know he would rather people didn't waste their time (or their money). More often than nothing, whatever is sent his way will end up in the nearest garbage can or in the back of a closet.

So trust me to say that, when it comes to most dads, they're cool with an envelope of money or nothing at all. They don't want that bulky sweater you inexplicably gifted them in July. Here are some other things that are really damn useless, too. You know, just in case: