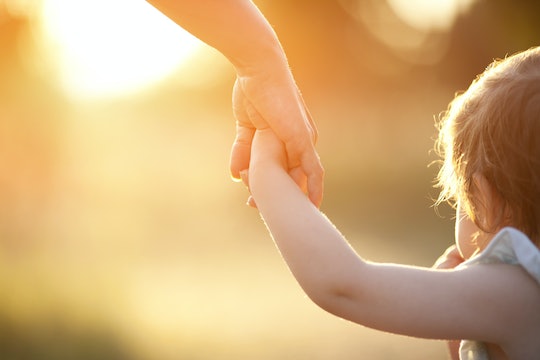 I had never planned on being a mother and, up until I found out I was pregnant with my son, believed that it was physically impossible for me to become a mom. I have endometriosis, which makes my chances pretty slim to borderline none, and had come to terms with the idea that motherhood wasn't in the cards. When I became a mom I was super excited and very grateful and have carried both those emotions with me as I face parenting challenges. Still, there are times when being a mom in your 20s is the worst, and I think it's important to highlight the good and the bad if I'm going to really experience (and be honest about) everything that motherhood has to offer.

I was 26 when I found out I was pregnant and 27 when I had my son so, according to most people, I was "old enough" to have a baby. Even then, I was told that my "life as over" and I wouldn't be able to do the things I wanted to do (career wise, or otherwise) because I was going to be a mother. None of those thought processes were true, of course, but that doesn't mean that I don't have my moments when I feel like I'm on the outside looking in. I mean, I'm human and have this ridiculously want to do all of the things all of the time, even when it's impossible. Do I regret being a mother? Absolutely not. Would I go back and change my mind so that I could be kid-free? No freakin' way. I love my son and the life I have created with my son, and the infrequent moments when I feel like I'm missing out because I'm a mom, don't change that fact. Not at all.

Still, I think it's important that we're honest about the complex feelings that surround motherhood. A woman who decides to be a mother isn't always happy all the time, and when she's a mom in her 20s, well, she will probably feel like being a mom sometimes sucks, especially during the following situations: