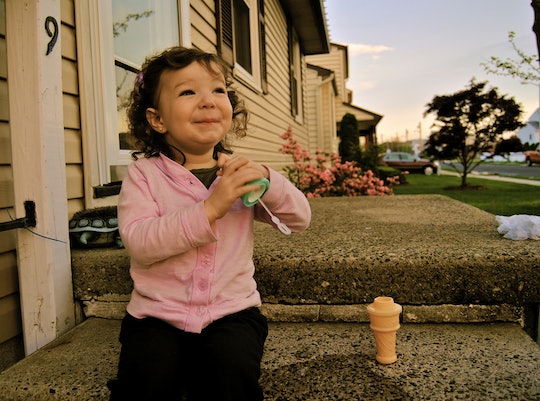 If all goes according to plan, babies grow into toddlers, and those toddlers begin to assert their independence in subtle (and not-so-subtle) ways. I have rolled my eyes plenty of times as the word "no" entered the vocabulary in our home, but there are times when your toddler says no that you should actually listen.

I know that I, for one, have had trouble transitioning from the all-knowing parent of a baby to the parent of a toddler who's starting to figure things out for themselves. I was terrible at letting my oldest kid experiment with all the new skills she was readily learning when she was a toddler. That sounds terrible now, but at the time, it was easy to justify feeding her myself (in order to avoid giant messes), or dressing her myself (in order to get out the door on time). I paid the price though. The result? I have a now-4-year-old who still prefers to be fed, rather than feeding herself.

Beyond that, I think it's really important for us as parents to begin to show respect for what our kids think and feel. Obviously, we aren't going to respect their choice to, say, climb up on the dining room chair, stand up, and then shake their head when we ask them to sit on their bum. But there are certain times when it's important to really listen to what your toddler is saying when they say "no," instead of just writing it off as being contrary. Here are seven of those times: