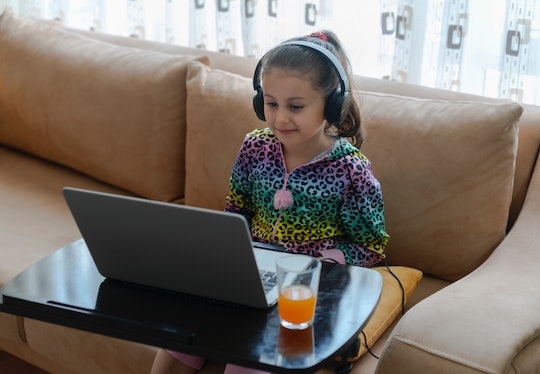 Maybe you want to take advantage of all this extra time you’re spending at home with your child and want them to learn something totally new. Or maybe you want your kid to be able to (finally) communicate with their abuelita (grandma). If you’ve been thinking about sprucing up your child’s Spanish language skills, these 8 free online Spanish language courses for kids will have them fairly fluent in no time.

If you want to boost your kiddo’s bilingual capabilities, there’s no better language to choose than Spanish. It’s spoken by an estimated 43 million people in the U.S as a first language, reported Babbel. So it’s no wonder that Spanish is the second most popular language in the U.S., according to the Pew Research Center. But lessons with a private tutor can be very pricey, and many online classes can be costly, too. So learning Spanish (or any other foreign language for that matter) might seem like something that will, sadly, have to wait. Thing is, studies show that early exposure to a second language can help fluency, as the BBC reported. That’s why free online courses (like the ones below, most of which include options for beginners and beyond for Kindergarteners and up) will have your child speaking el español like a native. Qué bien!