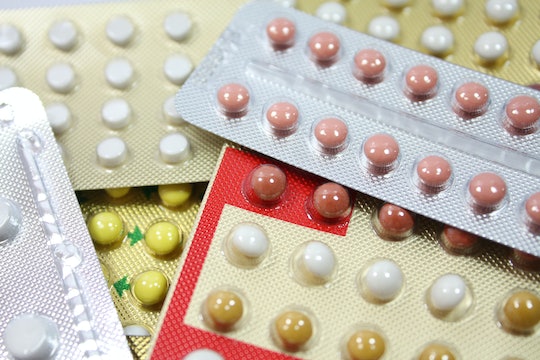 8 Signs Your Birth Control Might Not Be For You

Birth control is a beautiful thing. Not only is it the most popular pregnancy-prevention method in the United States, it is the first medication for completely healthy women who want a little more control over their sex lives. As revolutionary as birth control has become, finding the right option can prove to be a little bit like trial and error. That’s why it’s important to pay attention to your bodily changes when you start to take your pill of choice, so you can read the signs your birth control might not be for you.

Initially market as a fertility drug and then as a PMS drug, the FDA approved the birth control in 1960, giving women a newfound sense of freedom and choice. But the pill still isn't perfect — at least, not for everyone. There are some negative side affects to birth control, one of them being that if you don't use it properly, it won't work. But you don’t have to settle for a pill that’s making you less than happy. I recently spoke with Claire Heidtke, an obstetrician and gynecologist. During our conversation, she revealed eight signs that your birth control may not be for you, and that you should consult with a doctor about making a switch.