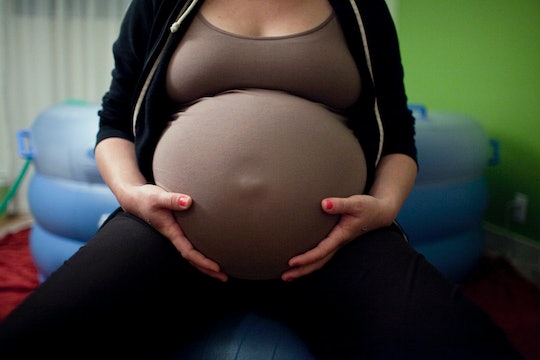 I’ve had two children now, and if you had asked me 10 years ago if I’d be having a baby at home, I would have laughed hysterically at you. Hell, I would have laughed if someone had asked me when I got pregnant the first time. But it happened. Somewhere along the way, I went from the idea of getting an epidural and having a classic hospital birth when I imagined having a baby, to becoming a total hippie who never dreamed of using pain meds during labor, knew I would have a doula and by the second time around, would be having my baby at home.

Why and how did that happen? Well, part of it was that I had three friends who, around the same time I had my daughter, had all their firstborn kids at home. I had lots of people in my life who would answer questions if I had them, and they all had great success stories to share. Part of it was also that I was the patient of one of the most experienced midwives in the city where I live. She has delivered thousands of babies at this point, and really, that kind of experience is something that fills you with so much confidence and reassurance, no matter what kind of birth you're planning. Finally, I had a very fast labor and delivery the first time, which is an indicator that you may have a faster labor and delivery in subsequent births. And the drive to the hospital was a solid 30 minutes. I did NOT want to give birth on the drive to the hospital!

So I ended up deciding to have the baby at home. And while I'm sure it isn't the correct plan for everyone (no, really, it's not), for me it was the best. decision. ever.

Given that I loved my home birth so much, and that I know there is plenty of inaccurate information out there about home births, I wanted to help set the record straight. Here's what so many people get wrong about giving birth at home: