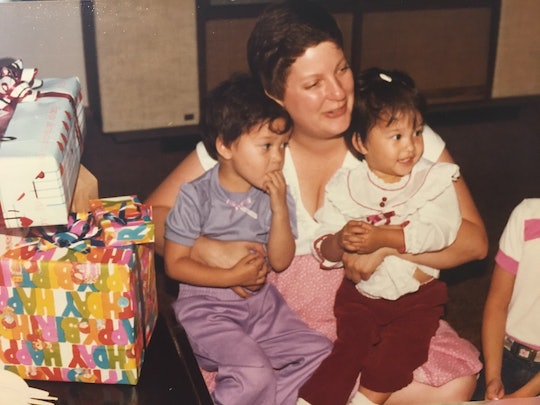 My parents were separated before I was born and divorced shortly after. It wasn't long before my father re-married and produced two additional children: my half-brother and half-sister. I never lived with my dad, and as I got older the already infrequent visits dwindled to nothing. As a kid, I couldn't help feeling like my mom, sister, and I were a mistake, and that he left us to start his "real" family. I have such mixed feelings, but there are certain things I want to say to my father's "other" family.

By the time I was 20, I had safely tucked my biological father, his wife, my half-siblings, and the rest of my Vietnamese family in a psychological box which I rarely opened. Then, shortly after the birth of my daughter in 2015, my cousin sent me a friend request on Facebook. It was the beginning of a reconnection with that side of my family, including emails from my brother and, eventually, dinner with my siblings. In January, my daughter and I flew home to celebrate Tet (Lunar New Year). It was the first time I'd seen my dad in almost two decades.

My feelings about this family are complicated. In some ways, it feels like no time has passed at all, but there's an undercurrent of pain. For my child and for myself, I remain cautiously optimistic, but there's so much I wish I could say, including the following: