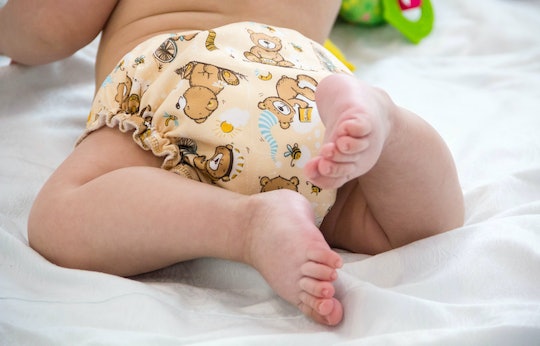 Disposable diapers, while convenient and widely used, are relatively new. The first to be massed produced appeared in 1948, so most of our grandmothers (and certainly our great-grandmothers) used cloth diapers. Still, and even though cloth diapers are the ultimate throwback, parents can be shamed when choosing to go the cloth route. In fact, the things people feel fine saying to moms who use cloth diapers still shocks me.

The reasons parents choose to cloth diaper vary, just like any other reason behind any number of decisions parents make. I know, personally, that I wanted to cloth diaper because I valued a cheaper option, wanted to avoid harsh chemicals on my baby's skin, and had concerns about the environment. According to The Washington Post, more than 95 percent of babies today wear disposables diapers. The environmental impact of almost every baby in the country producing a mountain of waste, that takes decades to disappear, is certainly a cause for concern. In fact, Mother Jones reports that it will take until 2050 for the first disposable diapers to completely biodegrade.

Of course, cloth diapers are not entirely innocent when it comes to environmental impact. For instance, the manufacturing of cotton requires a huge amount of natural resources. Cloth diapers also require repeated washes, which have an impact on the environment as well. Like almost every parenting decision out there, there are pros and cons to each choice, and you'll always find someone who disagrees with your stance. So, if you're choosing to cloth diaper your little one, be prepared to hear the following comments. I know I did.