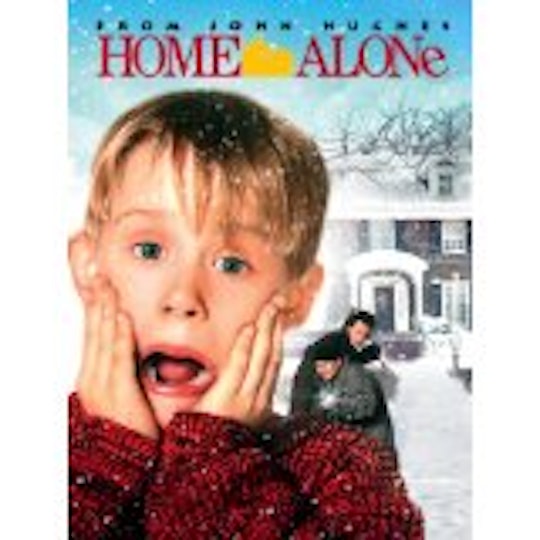 The other night I decided to embrace the holidays by watching a Christmas movie. Fed up with cartoons like How the Grinch Stole Christmas and Rudolph the Red-Nosed Reindeer, but not up for the emotionally draining experience of watching Love Actually or The Family Stone, I chose to re-watch a childhood favorite: Home Alone. As a kid, Home Alone set the gold standard for movies. It had everything a child could want in a film: Christmas, junk food, no parents, lots of hi-jinks, bad guys who get what they deserved, a happy ending, and a miniature hero worthy of my tween adoration.

I watched it until the VHS tape wore down to static and hung posters of Macaulay Culkin over my bed where they remained well into high school.

Some children's movies really do stand the test of time and make you wonder why on earth you went so long between viewings. Sadly, Home Alone is not that movie — at least, not now that I have two small children. What was a movie that delighted me as a child horrified me as a parent. Here's just a few of the things you'll ask yourself re-watching Home Alone through the eyes of a mom.

What's With All The Pepsi?

In a typical mom move, Kevin's mom specifically says she wants everyone to drink milk with their dinner, so it doesn't spoil while they're away. And the opaque consistency of the milk is what makes it easy for the family to accidentally throw out Kevin's passport when cleaning up his huge spill. Plus the pizza delivery boy diligently waiting for his $122.50 (plus tip) did not have soda with him.

And yet we get a shot of cousin Fuller chugging down a can of Pepsi. Who gives their child that much sugar right before bedtime? Out of everyone at the table, shouldn't the youngest child be the one drinking milk? Apparently films in the '90s had no problem shoving in product placement, even if it made absolutely zero sense to the rest of the plot line.

This Would Probably Never Happen Now

Having your alarm clock fail was a real fear of people back in 1990, but in today's era of smartphones and tablets, the family wouldn't have overslept. With that many teens and adults in the house, even if the power had gone out, chances are high that someone's phone would have enough battery to last until morning for an alarm to go off. If Steve Jobs had only worked a little faster, this entire film and all four (yes, four) sequels would have never happened.

Even if, through some completely outlandish set of circumstances, the McCallisters did manage to leave Kevin home alone in 2015, they could text him or use FaceTime to make sure he was OK, with or without working phone lines. Roughly 120 minutes of parents nagging their child to brush his teeth and stay away from the stove until they get home probably wouldn't do as well at the box office though.

These Grownups Are Useless

In today's world, you can't let a kid play outside in the yard alone without a neighbor calling the police, but no one in Home Alone seems at all concerned about Kevin being unsupervised. Despite the police knowing there's a child at home, alone, no one bats an eye or even blinks twice. Kevin's suspicious interactions with store clerks, a cryptic conversation with a surly Santa Claus, and all those heart-to-hearts with the Shovel Slayer don't even earn a call to child services. Um ... what?

Although the McCallisters try their best to get back to their son as soon as possible, they're also not winning any parenting gold stars here. Who lets a teenager keep firecrackers, a bebe gun, and a giant spider in their room? Why do they own a massive blow torch in the first place? Also, those shelves were an accident waiting to happen, just saying.

Kevin's some type of child genius. He uses a gangster movie to convince the pizza delivery boy to leave the pizza on the doorstep, rigs up Christmas decorations and music to make the house look like it's the site of a massive holiday party, and creates an elaborate labyrinth of traps to stop the Wet Bandits.

However, Kevin's ability to think up innocent looking tableaus that are actually deadly traps is a bit unsettling. Is this just movie magic trying to make things more entertaining, or will I have two scheming boys under my roof once my own boys reach Kevin's age? Suddenly it's easy to see why they cast him in The Good Son.

For A Family Movie, There's A Lot Of Violence

As a kid, I thought watching the Wet Bandits encounter all of Kevin's traps was hilarious, but as a parent, I realize just how dangerous his tricks were. Hot irons to the face, branding burns, a nail through the foot, a full paint can swung into your face, getting shot in the groin with a pellet gun, a blowtorch to the head — most, if not all, of these would lead to serious bodily injury or death.

After re-watching the movie, I was surprised parents (mine included) were willing to let their kids see Home Alone. But it was was the highest grossing film of 1990 and was nominated for not one but two Academy Awards. Apparently violence sells movie tickets, even if the film is rated PG.

Every Mom Is Mrs. McCallister

When I was young I didn't understand why Kevin's mom was so panicked over getting back to him as soon as possible. Rather than wait for the next available plane ride home with the rest of the family, she sells her jewelry and begs her way back home, even though Kevin's handling things just fine. Even at the tender age of 7, I found her to be melodramatic.

Watching Mrs. McCallister subject herself to polka music seemed extreme to me back then, but as a parent I relate to her character the most. The idea of not knowing if your child is safe or not is a sobering one, and realizing that made me pause the movie to go check on my own sleeping kids. Even though I know how the movie ends, I found myself rooting for her to get home faster and admired that she stayed as calm as she did during her travels home. I wouldn't want to play the clarinet either if I were her.

What's Kevin McCallister Been Up To Lately?

I couldn't get through the movie without hopping on the Internet to see what Mac's been up to since he stopped causing trouble for the Wet Bandits. Turns out he's still into performing both acting and music, and he went full hipster before it was even a thing. Swoon.

I Cannot Wait To Watch This With My Boys

Home Alone isn't without it's flaws, but despite a plot that requires you to suspend all disbelief, it's still a modern-day classic. As much fun as it is to poke holes in the story, I'm still looking forward to showing it to my own kids one day.