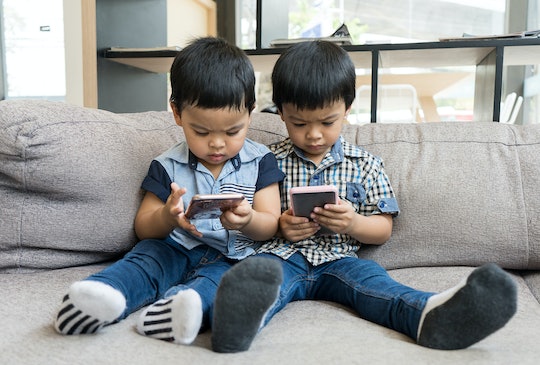 8 Times Your Kid Is Just Smarter Than You

I have a friend who frequently tells me that while she's sure she'll probably appreciate her daughter's intelligence someday, right now and when she's not even 2, it's just darn annoying. She's not alone, mind you, because I usually find myself feeling the same way. Sometimes it seems like your kid is just smarter than you — or certainly smarter than they should be for such a tiny human — and I have a feeling smart toddlers are only the beginning. In other words, I'm not looking forward to the day my daughter starts bringing home homework. I dread just about anything past fractions and, as a result, crossing my fingers the "smarter than me" kid stays on the same trajectory she's currently on.

While the homework phase is still a long way off for our daughter, she's already proved she's much smarter than my husband and I (and certainly smarter than we think she is) in a whole host of ways. From baby proofing to knowing exactly where the good snacks are (and how to get up to the shelf where they're kept), she's already made chumps of her parents.

I remember the first time my daughter noticed blueberries outside of the context of what was sitting on her high chair. We were walking down the cereal aisle at the grocery store at a pretty decent speed and she shouted, "Blue!" I didn't see blueberries anywhere, at least not in any form that she had seen them before. Still, she kept shouting, "Blue!" over and over until I realized she had spotted three tiny blueberries in a bowl of Chex on a cereal box on the top shelf.

I remember thinking, "You've got to be kidding me." There's just no way she could have spotted those from so far away. Alas, she did, and that was only the beginning. From that moment on, trips to the grocery store are no longer safe or peaceful, but instead filled with blueberry spotting and subsequent blueberry demanding. Such is life when your kid is just smarter than you, my friends.