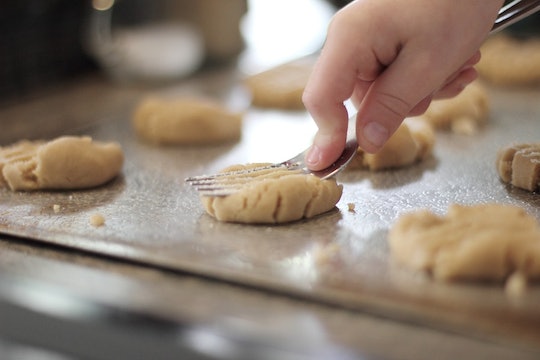 My sons aren't really into baking; they're into eating the results, but the whole process of baking doesn't interest them much. All that sifting and measuring, that particular alchemy of bread with the kneading and the baking powder and what have you; it's a whole lot of work for a kid. Which is why this eight-year-old boy opening his own bakery just blew me away, and that's before I knew the reason behind why he decided to become an entrepreneur at such a young age.

Jalen Bailey of Fresno, California opened his own bakery in July because he wanted to buy his single mom a house. It turns out his mom, Sharhonda Mahan, has passed down the entrepreneurial spirit to her son; she has been running various side businesses on top of her job as a full-time nanny since she was 18-years-old. Jalen clearly appreciates all the hard work his mom has been doing; he told Today:

"I just want one that me and my mom can be happy living in."

The busy mother and son have been living in a small rental apartment in Fresno, and Jalen is hoping he can change all of that with the bakery he is running from his own kitchen. He specializes in chocolate chip cookies, peanut butter cookies, and banana bread by the loaf.

Jalen has loved baking ever since he was five-years-old. As he told Today:

"I love baking because it's kind of like science — and that's my favorite subject in school. You get to put different baking materials into a bowl and make something new, which is what science is all about."

While Sharhonda Mahan was very proud of her son's entrepreneurial spirit and fully supports his new business (Jalen's baked goods are delivered throughout Fresno by Jalen and his mom "assistant"), she told ABC News it was a little hard to hear his reason.

"It was a little overwhelming because it was something that I couldn't do for him."

But she is also clearly very proud of her devoted, driven son.

"I know Jalen wants me to have a bigger place, but I want the same for him. He deserves a big kitchen to cook in and a backyard to run around in."

Jalen's Bakery is already a success, with his his mother reporting that he has already serviced his first big event, where he networked with local business owners. While that's already crazy impressive, Jalen is working towards shipping worldwide. He has launched a GoFundMe page, which he hopes will help him expand his business.

Jalen is also hoping to eventually host his own baking show.

"I use a timer and give step-by-step instructions. Once I get enough practice, maybe I'll start making videos to post."

As for his mom; she's happy to see her son so happy. She told Today:

"I've never met anyone who loves being in the kitchen as much as he does," Mahan said. "He's got a real passion for baking and I'm so happy he's using it in such a rewarding way."