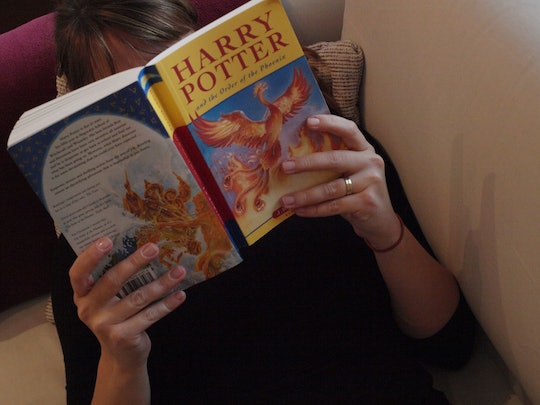 When the fifth Harry Potter book was released, I had just wrapped up my freshman year of high school and was feeling a little angsty. High school was much harder than I had anticipated and while I had made some new friends, experienced my first love, and was excited to be a sophomore, I was also still reeling from all of the emotions of that first year. Y'all. High school is scary.

But Harry Potter was there, like so many other times in my adolescence. And the dark and brooding fifth installment of the series was exactly what my heart and soul needed that summer. While I can agree that the nostalgia of the fifth book probably plays a part in it being my favorite, Harry Potter and the Order of the Phoenix is also deeply rooted in betrayal, in friendship, in fury, and in love. All of the things I was feeling that particular summer were manifested into a story about the beginnings of a wizard war, and I couldn't help but fall more in love with each character. It all felt like they were battling for me, too, and I soaked in every line.

Harry Potter and the Order of the Phoenix is my favorite book to re-read for pleasure, and to experience these 85 thoughts all over again. Because you know what? This book is chock-full of stuff and deserves a re-read every now and again. (Although it doesn't make the ending any easier and that's my warning to you.)