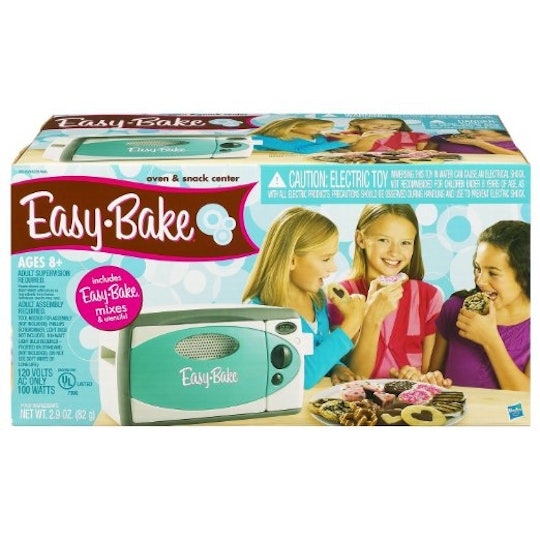 The '90s launched Gak, Tamagotchi, Furby, and an entire generation of children who would grow up to embody the progressive, boundary-pushing mindset that the rebellious 1990s were known for. Now that many '90s kids have kids of their own, the toy market is changing — in a good way. With stores like Target taking the focus off sorting toys by gender, today's children will hopefully face less inequality. If you're a parent to a boy, a great way to take a trip down memory lane and encourage gender equality, is to find some 90s girl-marketed toys and encourage your son play with them.

Whether you were aware of it or not, the '90s actually saw a fair amount of sexism with toys being marketed specifically based on if you were a boy or a girl. Stereotypical gender roles were echoed in commercials for girls playing mother to their Cabbage Patch doll or domestic diva with their Easy Bake Oven, while boys got to be rough and tumble with their NERF guns and action-packed video games. Thankfully, pop culture has evolved and most people understand that gender, sex, and identity aren't as binary as previous generations once believed. So here are some of the top '90s toys for girls that your son would have just as much fun playing with.