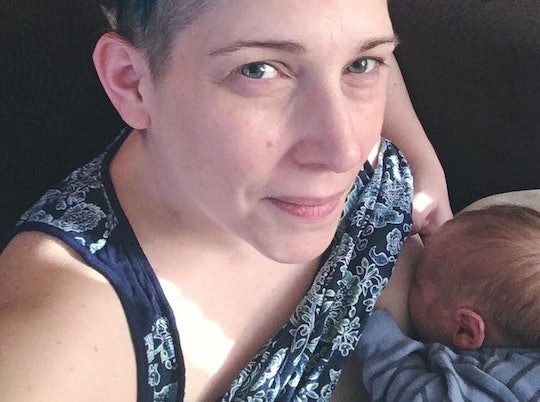 I’ve always had a pretty stereotypical relationship with both of my mother-in-laws. Which is to say, not good. I thought that things might get better once I had babies, but sadly that was not the case. Especially, it seems, when it came to breastfeeding. You would not believe the rude, surprising and actually creepy things my mother-in-law said to me when I was breastfeeding. Like, literally to my face. Without remorse.

Her words were shocking, to say the least, and made me feel judged for feeding my baby. What made everything infinitely worse, though, was that these comments came at a time when I felt vulnerable and exposed. In other words, they made me feel like sh*t. I hated breastfeeding in public regardless, so attempting to breastfeed at family gatherings, or even in my own damn living room, became really difficult to do when my mother-in-law was around. She always felt it necessary to voice some unnecessary comment, request that I leave the room, or make a dig at my parenting.

To complicate things, I had no idea if my mother-in-law was shaming the hell out of me because I was breastfeeding, because I was her daughter-in-law, or both. It was probably both, to be honest. I learned to breastfeed or pump in the other room, or I simply chose not to go to family gatherings when she was there. Motherhood is isolating, so the last thing I needed was to feel like I couldn't feed my kid in front of family members. So with that in mind, here are some straight-up creep things my mother-in-law said to me when I was nursing: