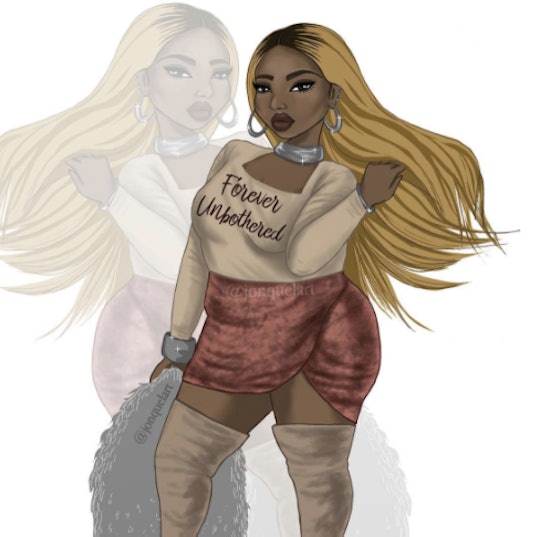 9 Fat-Positive People I Want My Daughter To Know

As a kid, coming home from school was my favorite part of the day. A space free from playground bullies and even parents (at least while our mom was still at work), the house really did feel like a haven for my big brother and me. There, we'd play soccer indoors, turn on the Nintendo64 for some MarioKart, and switch on the TV to watch any number of scary movies I wasn't actually allowed to watch. Little body shaming was to be found in those moments, unlike back in class or in conversations with our mom. But what I remember most was the TV.

In an era before touch-screen TV guides and recordable shows, we were left to scroll through the programs (40 of them or so) one by one in the hopes of finding something rule-breaking to watch. I still remember keeping count. Channel after channel, I'd wait to see someone like me on the screen: Someone with a double chin, someone with a jiggly middle, someone whose thighs clapped together when they walked; someone who might serve as proof that the kids at school were wrong. That maybe I wasn't ugly or broken or stupid; that maybe "fat" didn't have to be a bad word.

That person never came; not really. It'd be a decade before a visibly fat, redeemable character made it on my radar in the form of Gilmore Girls' Sookie St. James, played by Melissa McCarthy. Even 20 years later, there are few fat actors on screen, few fat actors on stage, few fat models in magazines, few fat female news anchors on primetime, few fat queers on LGBTQIA+ publication covers.

Aspirational beauty tropes still govern the body image of many people of all genders and all sizes. When the imagery we're being presented with all around us insists on reiterating the idea that one body type, or one skin color, or one height is intrinsically superior, it makes it pretty easy for anyone outside those boxes to feel just a bit sh*tty.

My daughter is only 2 months old, but the world isn't that much different now than it was when I was a kid. Not in terms of body shaming and fatantagonism, anyway. My partner and I are committed to raising her body positive and fat positive, but neither of us necessarily believe that we alone will be able to educate her on the intricacies of fat biases in this world and the way they affect us all, regardless of our individual size.

With that in mind, I'm hoping to eventually introduce her to some body positive — specifically fat positive — individuals whose work in radical body politics is inspiring AF. With the help of these nine empowering starting points, we can all stand to learn a little something about the way we treat one another based on the size label in our jeans.

More Like This
From Captions To Gifts, These Are All The Kindergarten Graduation Ideas You Need
Here’s What You Need To Know About That Viral 1960s Baby Formula “Recipe”
Ashley Graham On The “Fun, Organized Chaos” Of Raising Twins
These Stepmother's Day Instagram Captions Are Straight From The Heart