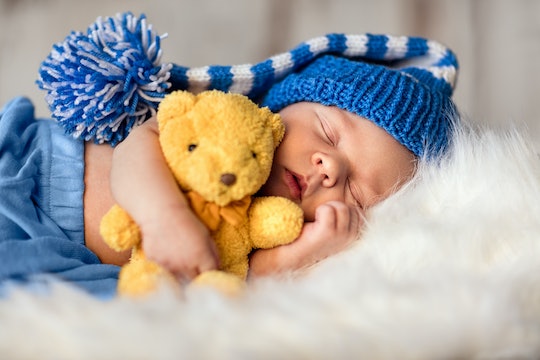 9 Media Depictions Of Baby Sleep That Every Mom Absolutely Hates

It's no secret that the media usually latches onto (or creates) one particular image for something pretty complicated and diverse, essentially pigeonholing parts of our lives. Family life, of course, is one of those images that has been manipulated by the media to be, well, unrealistic. Sure, we don't ask much in the form of entertainment and I'd argue that we watch television and movies to get away from "reality," but the media is powerful and how we perceive ourselves and the world is shaped by what the media creates. That's why there's no denying that there are media depictions of baby sleep that every mom hates, only because it has created some very unrealistic expectations that set so many mothers (and fathers) up for absolute failure.

When I first became a mom, I knew I'd be up feeding my daughter every few hours. When it comes to depictions, the media has the whole "newborns never sleep, ever," trope down like a boss. However, kids on television shows and in movies usually start sleeping through the night relatively early (and in their own bed) so when my newborn wasn't necessarily a newborn anymore, I was shocked at just how difficult it was to get a decent night's sleep. Like, this looked so easy on Friends and Modern Family. What gives, television?

While we know that the media does tend to run off of generalities rather than all-encompassing truths, it's way too easy for all of us to collectively ignore that fact and take their word for it when it comes to, you know, pretty much anything (and especially when it is something we would like to believe). A healthy reality check is never a bad thing, though, so here are some media depictions of a baby sleep that I have found many a mother (including myself) to absolutely despise.