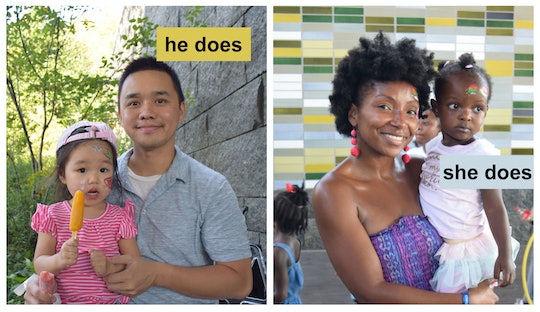 Parents At Camp Romper Tell Us Who Rules The Morning Time

Ask a high achiever how they get it done with young kids, and you're likely to hear some variation of "get up extra early, before the kids are awake." In this magic pre-dawn twilight, people supposedly exercise and prep meals and do box breaths and issue calming thoughts to the house. Well OK. We canvassed the parents at Camp Romper for a look at who wakes up first on weekends in their families and, shockingly, the kids took the trophy. Many, many kids seem to wake up before the crack of dawn no matter how hard parents try to extend their precious sleeping time by even a few minutes. (In fairness, if I went to bed at 7:30 p.m. I would probably feel pretty fresh at 6 a.m., too!) Get up early to sneak in some you-time, and you're likely to be met with cries of "It's wake-up time!" It's wake-up time!" At least that's how it shook out among the parents at Camp Romper.

In case you missed it, Romper hosted its first Camp Romper on Sunday, Sept. 22, in Brooklyn’s Prospect Park — a day-long camp with musical performances, arts and crafts, yoga, food, drink, and small children wielding plastic golf clubs. There, we struck up conversations with other parents about their morning rituals, and their morning wakeup calls (aka, their kids storming in and needing something). Turns out everyone's definition of "too early" is a little different, and a lucky few have kids who actually do sleep until a polite hour.

So grab a coffee (perhaps your second), and read on to find out what morning looks like to Brooklyn families.

More Like This
The 4 Main Parenting Styles & Which Is Best For Kids
Real Parents Share What Time They Let Their Kids Rip Into Gifts On Christmas Morning
Moms, Just Eat The Fruit Dammit
My Parents Never Taught Me To Cook So I'd Always Need Them