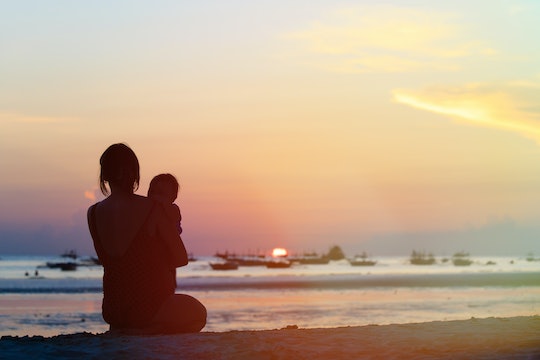 I did breastfeed, but only for seven months; I asked for an epidural after ten hours of drug-free, painful labor and I fumbled through those early months of motherhood, making too many mistakes to count and asking for any and all help I could get. My son still loves me wildly and is healthy and happy and thriving so, to me and the people that matter, I'm a good mother, despite doing all of the things I thought I couldn't (and shouldn't) do.

It's sad that so many mothers (especially new mothers) feel like they can't reach out and ask for help, lest they be endlessly and silently (or not so silently) judged for not either naturally knowing any of the endless, all-consuming aspects of motherhood, or for being exhausted by them. It's sad that society has put so much pressure on new mothers, that they fear reaching out for the help they need and deserve.

So, in an effort to combat the ridiculous notion that I, sadly, bought into for far too long, here are nine reasons why asking for help doesn't make you a bad mom. Go ahead, mothers the world over, and reach out when you feel like you need some assistance. I guarantee you it doesn't make you a bad parent, it just makes you a great human.