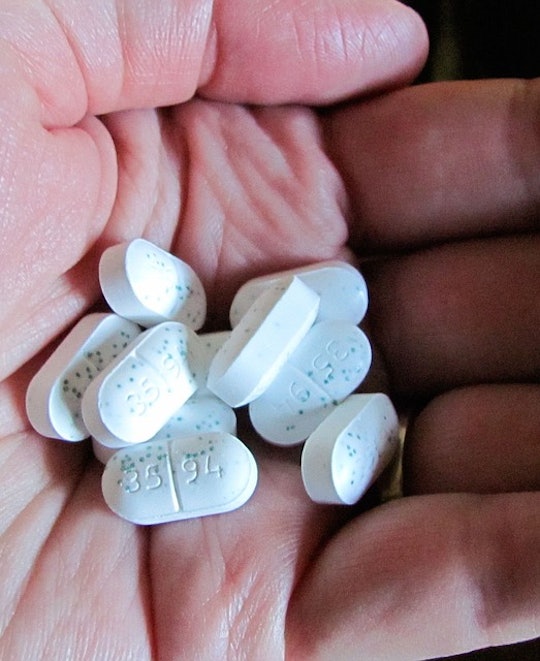 There's a number of stigmas associated with motherhood, which (more or less) all perpetuate the idea that every single mom should be grateful for motherhood, and basically feel invigorated by the challenges that motherhood presents. Yes, they can feel down sometimes, but don't you dare seek mental health treatment and definitely don't take any kind of mood stabilizer! That's just irresponsible. Well, here's the thing: it's not. Being on antidepressants doesn't make you a bad mom, people. It actually makes you a better mom than the woman who is struggling, but refusing to do anything about it. Okay, not a better mom, just one who is more self-aware, I guess.

I spent most of my life carrying around a bias against people who were prescribed and take drugs like antidepressants. I huffed and puffed (usually silently) when I heard about friends who had decided to go on medication, essentially equating their need for medication as a weakness. I believed, rather strongly, that instead of medication, people should be using things like food, exercise and spirituality to help them through any issues they may experience. Then I experienced postpartum depression.

I spent months telling myself that I could (and should) go without any kind of drug. As a result, I spent months attempting to put one foot in front of the other, feeling angry, annoyed, impatient, and like I wanted to crawl out of my own skin. After five months of constant struggle and exhaustion and feeling utterly lost, I finally made the decision to seek medical help and tried going on a low dose of a selective serotonin reuptake inhibitor (SSRI), and within a month I was wondering why I had waited so long.

Antidepressants didn't make me feel like a different person (which is what I have long feared), they made me feel like my old self. I was finally able to enjoy motherhood, instead of spend my time being angry and annoyed and impatient and exhausted by it. In fact, not only was I happier, my entire family was happier, as a result of my overall change in mood. So, with that in mind, here are nine reasons why taking antidepressants doesn't make you a bad mom, because the stigma surrounding mental health has gotta go.