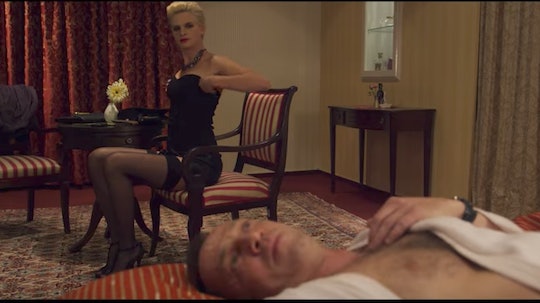 The next time you need inspiration for some solo love, check out an unexpected source: Netflix. Sure, the site might not have an official adult video section, but there are some pretty hot films on its streaming service if you know where to look. The sexy Netflix scenes that are perfect for self-love will make you hit the "still watching" button again and again.

Finding the steamy films on Netflix requires a little digging, partly because the site categorizes its films to an obsessive degree. In fact, there are over 76,000 micro-genres on Netflix, according to Tech Times. The genres range from spy thrillers to showbiz musicals, and you can bet there's a specific steamy section. The steamy Netflix selection has a wide range of titles, so this curated list can help you narrow the choices. From giant Hollywood blockbusters to heartfelt foreign films, these movies have one thing in common: the ability to get your mojo going.

Set the scene however you like. Light some candles, open a bottle of wine, and cue up the beloved entertainment site. Whether you're in the mood for something sweet, subtle, or downright dirty, Netflix delivers. Plus, there's no arguments about what to watch during solo time. It's all about you.