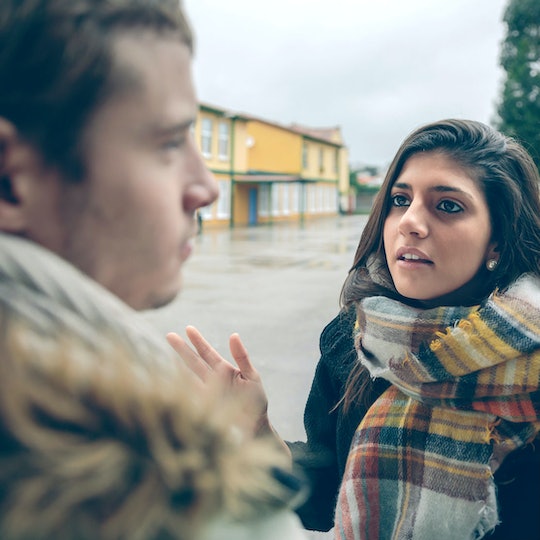 The art of arguing requires forethought. In other words, you're going to want to pay attention to what you do and say when angry. Self-evaluation is the most powerful tool you have if you want to change the route of an argument and understand what things to do to avoid a major fight.

Arguments don't have to lead to fights. You can disagree about something, even intensely, without it ending in a huge blow-out. Knowing your weak spots allows you to prepare yourself to make better choices when you feel an argument approaching.

All couples have arguments, but not all couples end up in major blow-outs when working through a problem. Oftentimes avoiding a big ole fight happens because the two people have cultivated healthy arguing habits. After many years of marriage, my husband and I are much better at disagreeing and avoiding a major fight than we were in the beginning. (Thankfully!) We've both worked hard to avoid most of the below mis-steps and stay conscious of our words even when we are really mad. This awareness had led to much more satisfying clashes, where even when we can't figure it all out, at least we both feel heard. Think about your argument habits as you read through this 'don't do' list, and try to pinpoint areas where you could improve.