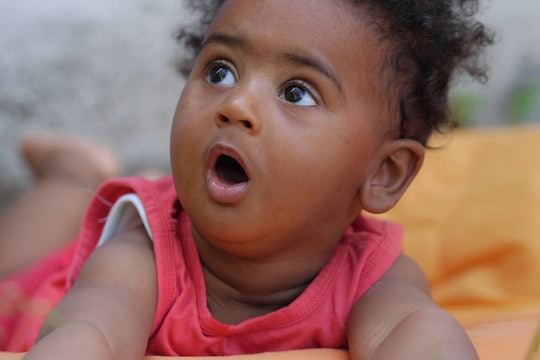 It's really easy to go on, at length, about a child's physical appearance. I mean, let's keep it real for a second here: kids are adorable. For a while, when they're babies and don't seem to have personalities or abilities beyond crying for no reason and pooping themselves, adorable is pretty much all they are are far as the casual observer is concerned. Still, from a very young age they're absorbing everything we say into their sponge-like brains. Not only does focusing on appearance establish crappy priorities, but sometimes things you say about a kid's appearance can be shaming. Unfortunately, body shaming has become so pervasive in our culture that we don't always recognize it or, even if we kind of do, we say it anyway thinking we're being helpful.

Sometimes body-shaming sentiments are direct and just below the surface. Other times, things get a little more insidious, like when we praise children at the expense of other people whom we have (again, subconsciously or not) deemed as less attractive or less worthy. We define their beauty or goodness by what they aren't. This is still shaming, and it's still not right. In fact, it's bad for everyone involved, including the child who we've complimented and who has now internalized the idea that there's a "right" and "wrong" way to be and takes that back to their school, neighborhood, playground, park and family.

So, I've included rounded up some common refrains about a child's appearance, along with their real-talk translations, in an effort to combat the inconspicuous shaming we may or may not be aware we're doing to kids. Please, avoid these and statements like them whenever possible.