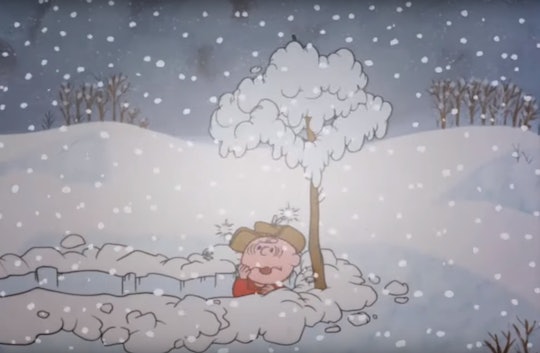 9 Times 'A Charlie Brown Christmas' Just Got You

It’s the holiday season, and if you haven’t done it by now, it’s time you re-watched A Charlie Brown Christmas. After all, the animated special is celebrating its 50th anniversary this year (they even had a celebratory special about it!) But that’s not the only reason to watch it, nor is the fact that it’s seriously one of the best holiday TV specials of all time (with literally the BEST holiday soundtrack hands down). The real reason to watch A Charlie Brown Christmas is to commiserate with our favorite blockhead, Mr. Charlie Brown.

Everyone loves old Chuck because he seriously gets you. He gets the struggle of the holidays, of dealing with the hype, of not knowing how to act. He gets the challenge of not always getting what you want (even when you try hard), and he knows what it’s like to get the ball taken from you just as you’re about to kick it. Dude knows all about picking something out that you think is awesome, just to have a bunch of haters come out and tell you how much they think it sucks. Watching A Charlie Brown Christmas is kind of like watching ourselves, but in animated form, and with tiny feet. Don’t think so? Here’s what I mean: