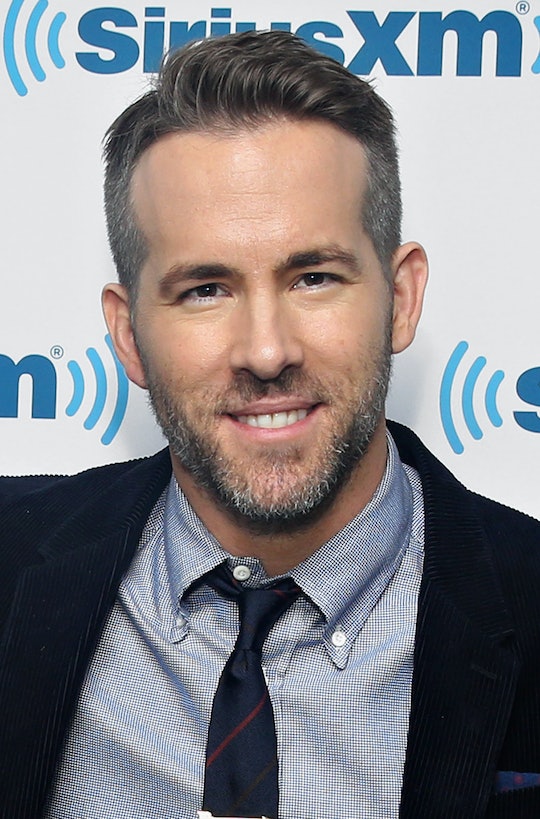 Ryan Reynolds is enjoying a Real Moment. He has left his years of forgettable movies in the past (and, true to form, we've all forgotten them), he is married to Blake Lively, the woman for whom the word "ethereal" was probably invented. He is a father of one little girl with another on the way. He is very lovely to look at for long stretches of time on the internet, with a glass of Pinot in your boudoir and the shades drawn. And let's not forget, he is Deadpool. Now let's have a look at the nine times Reynolds actually parented like Deadpool and had us all peeing our pants laughing.

Haven't heard of Deadpool? Yeah, I don't believe you, but I'll play along if that's what you want. Deadpool, aka Wade Wilson, is a fictional comic book character and ex-CIA agent with crazy good healing powers, a badly messed up appearance... and the potty mouth to end all potty mouths. Reynolds played the Marvel comic book character in the movie of the same name (much to everyone's delight) and his performance won widespread praise from critics and fans alike, proving once and for all that people will shell out money to see an R-rated comic book flick (and yeah, that includes women, guys).

I almost feel like it's not fair to praise him too strongly though; Based on some of his parenting quotes, I think Reynolds might just basically be Deadpool (sort of in the same way that Robert Downey Jr. is Iron Man). So how hard could it have been to play him in a movie, right?

Want to know what sort of dad the ever-irreverent Deadpool would make? Read on.