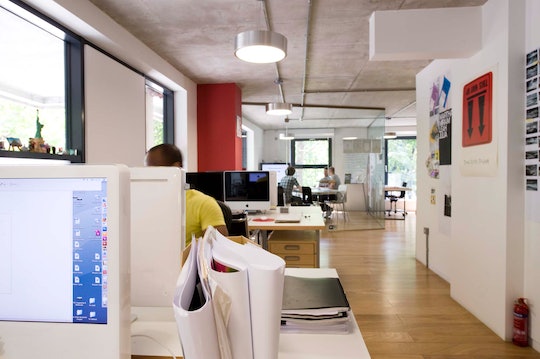 You’ve probably had that one boss that thinks 65 degrees is warm enough for an office, right? They put post-it notes on the thermostat saying "Do Not Touch,” and any time you mention being cold, they tell you to throw on a jacket. But you know what? That's not enough. You need more tricks to stay warm in your office because your boss thinks it's his own Fortress of Solitude.

But being in a cold office is more than uncomfortable. Studies have found that productivity decreases when you’re cold, and it’s especially true for women. Although many assume warmer temperatures make people sleepier and less focused, a cold office can lead to major distractions. Instead of focusing on your to-do list and tasks, you're trying to find ways to stay warm and wondering if it's professional to wear a Snuggie. A study from Cornell University found that when office temperatures were raised from 68 to 77 degrees, typing errors decreased by 44 percent and typing output increased by 150 percent. But if those statistics aren't enough to convince your boss to make the office a little less like an igloo, here are nine tricks to keep you warm while you work. These are all professional options and are subtle enough to keep you from looking like you're on an arctic expedition.