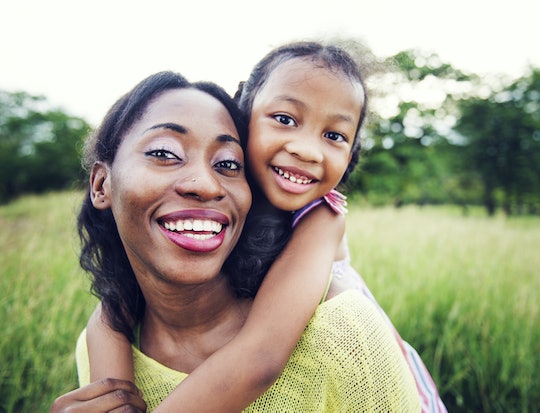 Kids need boundaries; to stay safe and to feel cared for and to learn how to take direction. But what about when those boundaries start to feel oppressive? I consider my mother to have been rather strict when I was growing up, and it was not a great feeling. Growing up with a strict parent has made me more laid-back with my own kids, as I've decided to take a more laid-back approach to parenting because, well, I don’t want them to feel as fenced in and stifled and untrustworthy as I did, when I was their age.

I am sure my mom’s authoritativeness always came from a good place: protection. I think as a working parent, raising two kids in New York City during the 80s and 90s (before the high crime rates started to come down) her life was stressful. Laying down the law in our home, with no room for negotiation, meant freeing up some brain space for her to worry about heavier stuff, up to and probably including: playground safety, orthodontia bills, and how I was going to pass the state physics test in eleventh grade (by the skin of my teeth). And, as I got older, my parents did relax their grip in a few (surprising) ways. They told me I could try whatever drug I wanted, under their supervision, in our home (none for me, thanks). They didn’t give me a curfew, but they did ask me what time I’d be home if I was going out, and held me to that specific, predetermined time. They allowed me to date and, once I had a license, they always let me borrow their car (after we signed a drunk driving contract where I swore I would call them if I had been drinking).

Maybe it was because I had been trained to be so “good” when I was younger, under their strictness, that they felt I earned their trust. Maybe the exhaustion of being so strict got to them, and they just grew too tired to keep it up. Either way, I can’t help but think that maybe if they had eased up a bit when I was younger, I wouldn’t be so bent on not repeating their strict approach with my kids. I spend a lot of time figuring out where I can relax (nightly baths), and where I can’t budge (bedtime), and I know I'm not alone. Here are just a few ways growing up with a strict parent, makes you more laid back with your own kids: