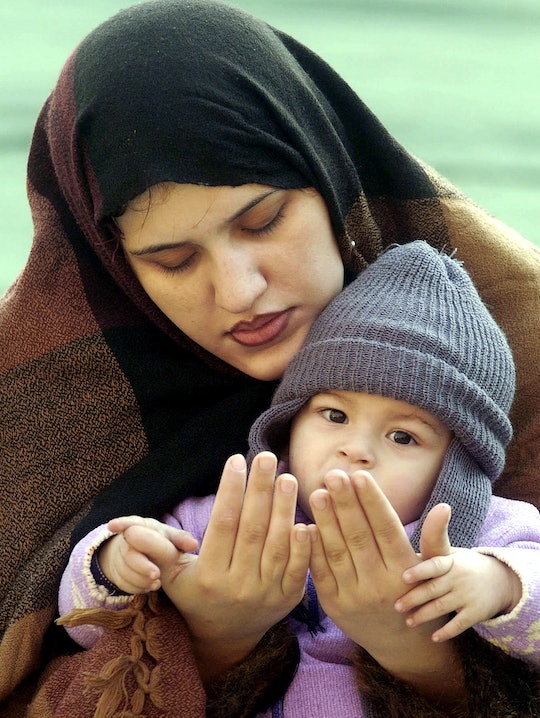 9 Ways Hardships Can Actually Make You A Better Mom

I remember carving pumpkins with my mom when I was seven or eight years old and feeling uncharacteristically overwhelmed at the project in front of me. My mom loved Halloween and had decided she would carve Mona Lisa's face into a pumpkin. Yes, really. After she had poked her pattern into the overlying stencil, she removed the paper to find what appeared to be a cluster f*ck of pumpkin braille. I vaguely remember a lengthy justification as she optimistically reassured me that, “if it were too easy, it would be too boring to bare.” Now that I'm a mother, I've taken that seemingly small and minuscule comment to heart, as I've learned that experiencing hardships actually makes you a better mother.

My mom certainly understood how to stay positive and find the light in life’s tribulations. I mean, she was carving that pumpkin while attached to an oxygen tank and wearing her famous ball cap to cover her shiny, bald head. And although she was terminally ill, she wasn’t going to allow her stage four breast cancer to blemish her eternal optimism.

My mother's funeral was the first funeral I ever attended. At the age of ten, I was about to begin a long and awkward walk down a winding and trying road without my mom and, sadly, her death was only the beginning of a series of many unfortunate events that I would inevitably experience. I didn't (and honestly, couldn't) see it at the time or during the years of heartache that would follow, but my afflictions have undoubtedly made me stronger. They’ve made me a better person and a better partner and a better daughter and a better worker and, perhaps most importantly, they’ve made me a better mother.

If you've weathered a few storms in your own life, you probably understand that those situations provided you with lessons that helped mold you into the person you've become. If you're a mother, you're definitely a better mother having gone through them, and here are just a few reasons why: