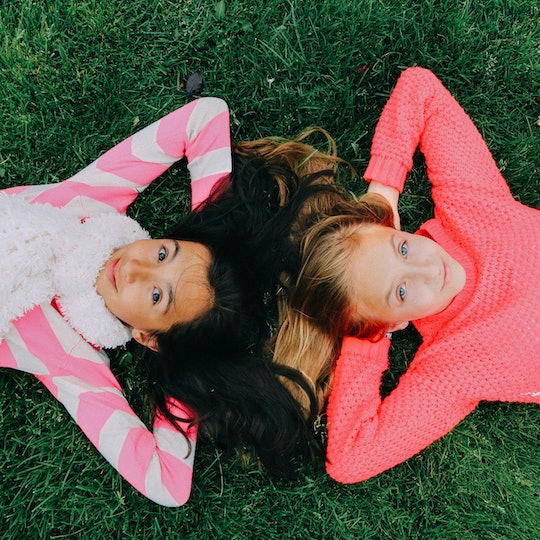 9 Ways To Help Your Child Deal With Step Siblings

For a long time, stepfamilies weren’t considered normal or average. It’s true that the dynamic of stepfamilies can be different from more traditional families, like having two sets of parents or figuring out ways to help your child deal with step siblings, but they aren’t quite as rare as you’d think. According to the National Parents Organization, 30 percent of children in America are growing up in a stepfamily with 1300 new stepfamilies being formed each day. If your only experience with a stepparent or step sibling is through Cinderella, that can be a hard number to wrap your mind around. Stepfamilies are becoming less different and more of the norm as the numbers rise. Of course, that doesn’t make becoming a stepfamily any easier. Finding your groove as a stepfamily, especially with new step siblings, can be a huge work in progress for everyone involved.

While kids are totally adaptable, that doesn’t mean it’s an easy road to becoming this generation’s Brady Bunch. No matter how old your children or your stepchildren are, there’s bound to be some mixed emotions, conflict, and even jealousy between everyone. Your children are having to get used to an entirely new life. They have a new parent, and now they’re part of a new family. There are siblings they don’t know in their house, siblings they have to share a bathroom with, siblings they have to share Christmas morning with, and siblings they have to share Mommy with. It’s not as easy as the movies make it look, and the laughs may not be as plentiful either. Helping your children learn to deal with their step-siblings is a big deal, but it doesn’t have to be scary either. There are 11 ways you can help your kids get on board with their new siblings without making them feel like they are less than or that their opinions don’t matter. It won’t be long before you’re done breaking up fights and yelling at all of them equally for wiping their boogers on the back of your couch.