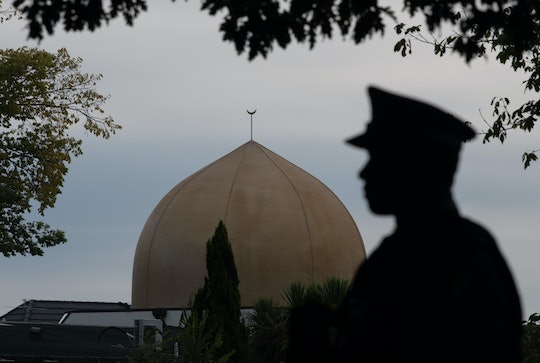 Last week’s New Zealand shooting has the country reeling and the world holding its breath as those affected by the horrific attack are left to mourn or recover. Every day brings new details about the aftermath of the shooting and about the lives of those involved. Among them is a heroic dad who shielded his 2-year-old son during the terrorist attack, saving the young boy's life.

Zulfirman Syah threw himself in the line of fire last Friday to protect his toddler from the gunman at Christchurch’s Linwood Islamic Center, according to The Sun. The 2-year-old son, Averroes, was able to escape with minor injuries and underwent surgery to extract shrapnel from his body, as Perth Now reported; Syah is reportedly critically ill and remains in intensive care.

Syah’s wife, Alta Marie, said in a Facebook post that her husband was shot several times in different places. According to a friend of the couple, Jodi Puhalla, Syah called his wife twice during the massacre, as Puhalla shared on a GoFundMe she created. Alta Marie was cooking in the kitchen of their new home, which they bought just two months earlier, when she realized her husband had been hurt, according to The Independent.

Now, Syah is thankfully stable but remains in critical condition. “While he is still in the intensive care unit at this stage, he will be moved to the general ward whenever it is deemed appropriate - likely in the next day or so,” Alta Marie said on Facebook.

Puhalla has set up a fundraising page to help with medical expenses, which has received over 6,700 shares since it was created three days ago. A total of 559 donors have raised over $24,000, reaching nearly half of the desired amount.

According to Puhalla’s post on GoFundMe, Syah had a drain in his lung with gunshot wounds in his leg and back. Puhalla described Zulfirman on the fundraiser page as “a talented, hardworking artist” and says Alta Marie dreamed of one day settling in New Zealand with her family. The couple recently moved to the country from Indonesia, according to Puhalla's post.

According to New Zealand police commissioner Mike Bush, another body was discovered at the Al Noor mosque on Saturday, increasing the death toll to 50, CNN reported, and the number of people reportedly injured has also climbed to 50. According to Christchurch Hospital’s chief of surgery Greg Robertson, 34 of the 50 remain hospitalized and 12 remain in critical condition, ABC News reported.

As new information is released, it is clear that many of the victims had migrated to or found refuge in New Zealand from countries such as Pakistan, Syria, India, Bangladesh, and Indonesia, among others, according to BBC.

Since the tragic attack, several memorials have been erected in the area surrounding the mosques and in parks throughout the city to honor the victims, according to reports by Voice of America. The city is planning to hold an official vigil and memorial on Thursday, Voice of America also noted.

For those around the world wondering how to help in wake of the tragedy — New Zealand's deadliest shooting in modern history, according to the Associated Press — many fundraising pages have been set up to provide financial relief to the families affected by the attack and here's a comprehensive list of how to help.

As much of the Muslim community mourns its collective loss and pushes for global awareness of the rise in white supremacy and Islamophobia, stories like Syah's are giving the rest of the world hope.

More Like This
Can States Ban The Abortion Pill? FDA Rules May Make That Hard
Family Of Grandfather Killed In Highland Park Mass Shooting Say He "Saved" Their Lives
Robb Elementary School Is Set To Be Demolished After Deadly Shooting
Activist Imara Jones On Raising Kids Who Celebrate Black Trans Identity