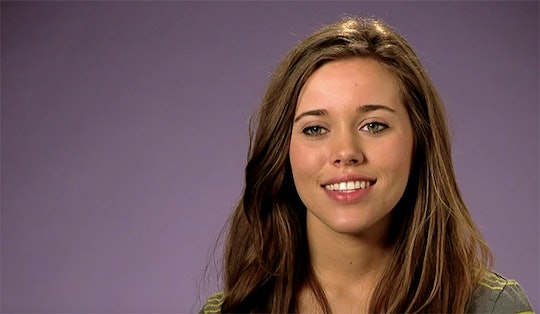 People Think Jessa Duggar's Parenting Is Unsanitary, & It Will Make Your Head Explode

Jessa Duggar, to fans dismay, hasn't been very active on social media in recent months. Although some people suspected Duggar ditched the 'gram to hide a supposed pregnancy, it turns out she was just busy living life. And now that Duggar is back, she is gifting fans with a ton of cute videos and photos featuring her two sons: Spurgeon, 2, and Henry, 1. While some fans think the posts are adorable, others are taking the opportunity to critique Jessa Duggar's parenting as unsanitary. Why, you ask? There's a good chance the answer will make your blood boil.

On Wednesday, Duggar took to Instagram to share a bunch of footage of Spurgeon and Henry being kids. From the toddlers playing with their dad, Ben Seewald, to the children posing for sweet pics, Duggar's Instagram account is full of cuteness right now. And one of the most adorable posts involves Henry blowing "drool bubbles," a phenomenon many parents are probably all too familiar with. "'Drool bubbles'. Henry had us rolling on the floor laughing last night," Duggar captioned the post, according to Instagram. "#teething #babyslobbers #14months." And Duggar wasn't kidding around when she used the hashtag, #babyslobbers — Henry is clearly in the drool stage of toddlerhood at the moment.

So, what's the big deal here? Although it might be confusing that a video of a child drooling is offensive, look no further than this fan's comment claiming that Duggar's parenting is unsanitary. "Eww! If you are going to open your legs at a young age, then at LEAST be mature enough to wipe his mouth, instead of just sitting there laughing like an idiot," the person wrote. "That's just unsanitary. Smh @jessaseewald."

"Yuck, that's so disgusting," someone else penned.

Yikes. For starters, it's not OK to use someone's sexuality as a weapon to hurt them. And when is the "appropriate" time to have sex? I think a lot of people would agree that this is a subjective topic.

That jab aside, what's unsanitary or disgusting about a child drooling? Drooling, in most cases, is a sign that your baby's body is doing its job. Not to mention, salvia can have a ton of healthy benefits.

Writer Michelle Johnson wrote in an article titled, "Salivation in Babies," according to Live Strong:

Infant saliva provides a number of benefits for your baby. Once he starts eating solid foods, saliva washes away bacteria and food particles that can cause tooth decay. It aids digestion by breaking down carbohydrates your baby eats. Saliva contains a growth factor that, when swallowed, helps the intestines mature. It even helps babies suffering from infant reflux, where their stomach contents reenter the esophagus. Saliva helps neutralize stomach acid, and it protects the lining of the esophagus from irritation.

Thankfully, others found the critiques completely non-sensical and a bit overboard.

One person, who clearly knows a thing or two about young kids, wrote: "If you’ve ever been around a baby who’s teething you’d know that wiping its face is really just a lost cause. You’d have to do it every 2 seconds."

"Babies who are teething literally drool nonstop so wiping it doesn't really help," another person agreed. "Plus they were laughing at the bubbles he was making which is cute and funny!!!

Someone else chimed in: "You obviously don't have children! Being vulgar is not becoming! By the way, drooling and teething go together! Grow up!"