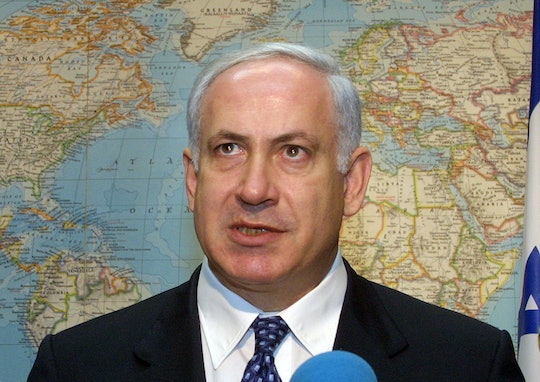 A Map Of Settlements In Israel & The West Bank

The tension between Israel and Palestine has been going on for decades. Disputes over land and borders, which areas belong to which country, have been at the heart of the conflict since the outset. One of the most hotly disputed ares are the settlements on the West Bank, which are linked by Israeli-controlled roads. The latest map of settlements in Israel and the West Bank has caused a resurgence of divisiveness between the Israeli government and the people of Palestine, particularly since Israel retroactively legalized many of the illegal Israeli outposts built on Palestinian land in August.

According to The New York Times, The move was seen by many in the international community as a possible way for Israel to shift the map of the West Bank, which has been under Israeli control for more than 40 years, away from Palestinian land and back to Israel. The 100 outposts in question are considered "pirate" outposts, established without government permission but tolerated by the Israeli government nonetheless, according to the New York Times. The legalization of these outposts has been seen as evidence that Israel is moving forward in its plans to create a Palestinian state; in July, a report released by the Middle East Quartet (made up of peacemakers from the United States, European Union, Russia, and the United Nations) summarized that there were serious issues moving forward to the goal of the "two states living side by side in peace and security":

While both Israeli Prime Minister Benjamin Netanyahu and Palestinian President Mahmoud Abbas have said they support the goal of a two-state solution, the impending demolition of the illegal Israeli outpost of Amona, which houses 42 Orthodox Jewish families, has been causing an uproar. According to The Toronto Star, The Israeli Supreme Court found in 2014 that the settlement of Amona had been built on Palestinian land and was therefore illegal, but conservative Israeli politicians have been pushing back against international outcry over the settlement issue. The Israeli government has planned to relocate residents of Amona, who reportedly built their homes on privately-owned Palestinian land, according to The Toronto Star. Unfortunately, the area designated for the relocation is also on Palestinian land. While the demolition was initially scheduled for Dec. 25, the Israeli supreme court has delayed it until Feb. 8 to give the government more time to find an acceptable area for relocation.

The land claimed by the settlers was claimed as "absentee" land by the Israeli government, according to one of the original petitioners to the Supreme Court, Atallah Abd al-Hafez Hamed. He told The New York Times:

Settlers are now living on my land that they once claimed was absentee land, and now their own government is forcing them out. The land they have agreed to move to is also not absentee land, but is rather owned by residents of my village.

The Obama Administration has condemned the resettlement plans by the Israeli government. It's pretty clear that the next administration will not feel the same way, so how the situation could develop is worrying to communities not only in the disputed territories, but around the world.

More Like This
What Is Monkeypox & Should You Be Worried? Here’s What You Need To Know
20 Amazing Shows With LGBTQ+ Characters To Watch With Your Kids
Ashley Graham Reveals She Lost “Liters Of Blood” After Twins’ Home Birth
Multiple Jif Peanut Butter Products Have Been Recalled After 14 People Got Sick