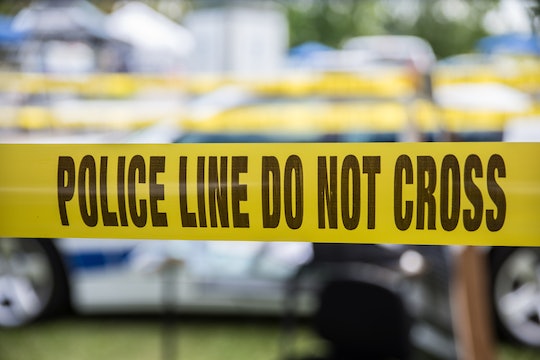 Around 8 a.m. on Tuesday morning, a shooting that started near a California elementary school has reportedly left multiple people dead, according to local media outlets. Early reports from authorities in the rural Northern California town have indicated that at least three people have been killed, including the suspected shooter, and several children have been injured in the incident.

Update (3:43 p.m. ET): At least five people are dead, including the gunman, following the shooting on Tuesday, according to CNN. The outlet added that authorities confirmed there were at least seven shooting scenes, including the elementary school. CNN reported that the "violence started with an apparent domestic dispute, according to neighbors, and spread out with the suspect 'randomly picking targets.'"

Earlier: According to local Fox News affiliate FOX 5, law enforcement officials in Tehama County said in a statement that the shooting started in a home and continued at Rancho Tehama Elementary School just as students were beginning their day. Emergency services were called to the school around 8 a.m., right around the time the first shots were reportedly fired. The news outlet also reported that all students have been evacuated, with several children being treated for gun shot injuries. A 6-year-old child has reportedly been transferred to hospital via helicopter to be treated for two gunshot wounds, while another child was allegedly shot in the leg, according to FOX 5.

Corning Assistant Sheriff Phil Johnston, a spokesperson for the Tehema County Sheriff's Department, told reporters, according to local NBC News affiliate KCRA, that the alleged gunman has been shot and killed by local law enforcement officials:

One possible witness, Coy Ferreira is a father of a kindergarten student at Rancho Tehema Elementary School, told ABC News affiliate WJLA that he was at the school at the time of the shooting. Ferreira alleged that shots were fired through classroom windows, and that one student was hit in the foot and the chest. He told the outlet that he saw two students shot, but that both appeared to be alert and conscious.

While little is still known about the alleged shooter who reportedly fired at least 100 rounds into the elementary school, one man told Action News Now that the shooter is allegedly a known felon in his 50s who stole his truck and killed his roommate. It's important to note that this man's report has not been confirmed by local law enforcement officials.

Assistant Sheriff Johnston said, according to Global News, it was unclear how many victims were killed or injured as a result of this shooting, but noted:

I don’t know any information at this time about any of the victims at the school. I know that we have medivacked a number of students. I know the school has been cleared…the children that were attending school are in a safe location.

Johnston also pointed out that there were "multiple" crime scenes other than the scene at Rancho Tehema school.

Ann Bates, an administrative assistant to the superintendent for the Corning Union Elementary school district, confirmed to ABC News that there were injuries at the school, but no deaths. Nearby hospitals reported that they are treating a total of eight patients, but have not reported the condition of those patients.

As of Tuesday afternoon, Rancho Tehema Elementary School remained on lockdown. The local airport was also placed on lockdown in the hours after the reported shooting. Police officials continued to caution local residents of the rural town — a population of around 1,500 people — to stay inside their homes as they worked to piece together several crime scenes.

The identity of the alleged gunman and a possible motive have not yet been released by local police, nor a final count of the possible victims of the shooting.

More Like This
25 Great TV Shows About School To Watch As A Family
Take An Exclusive Sneak Peek At A Brand New Back-To-School Peanuts Special
What Age Do Kids Start School? Here’s What You Need To Know
Where To Buy School Uniforms, From Jumpers To Dress Socks