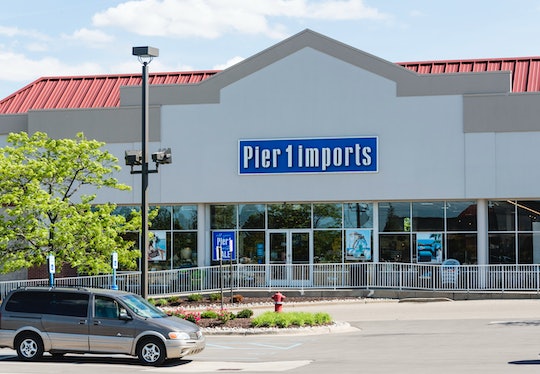 One thing the world is learning quickly in the COVID-19 era is that some people simply don't want to deal with any limitations. Some people want what they want when they want it. Like this woman who coughed on a mom with a brain tumor while they were both in a store. A mom of 10 children, I might add, who had apparently just ducked in to escape the intense heat while she waited for her doctor's appointment to start.

Heather Reed Sprague of Jacksonville, Florida shared a social media post last Thursday about an encounter she had with a woman at a local Pier One store. As Sprague explained on Facebook, "I’m a mother of ten, and currently a brain tumor patient at Mayo Clinic. Obviously, I don’t get out much right now." She went on to note that she had an appointment in the town center so she "donned my mask and ducked into a store to escape the heat while I waited for my appointment time."

While at the store she noticed a woman who was apparently being difficult with the staff. Sprague noted that the woman, who was there with two children, eventually "positioned herself so the clerks couldn’t exit the checkout area and screamed that she would stay right there, yelling as loud as she wanted, until all their customers left." Which was when she decided to take out her phone and start to silently film the exchange.

And this was when the customer's wrath turned to Sprague herself.

In the video, the woman turns to Sprague, gives her the finger, and then says "I think I'll get real close and cough on you then, how's that?" Which she actually does before turning and leaving the store, a child trailing behind her. As horrifying an incident as this was, Sprague pointed out the importance of holding people accountable for their behavior. "I did not speak, react, or engage. Simply stood to document the behavior. When bullies are faced with accountability they must acknowledge the unacceptability of their actions. Within 30 seconds of filming her tirade was done and she left the poor staff in peace."

While many people have taken to Sprague's post to applaud her for filming the incident, she says she will now have to go get tested for the coronavirus. Florida continues to see high rates of confirmed cases every day, so the fact that this woman was not only out in public without a face mask but also willfully coughing on a fellow customer is especially horrifying.

All because that woman didn't want to be called out for bullying.