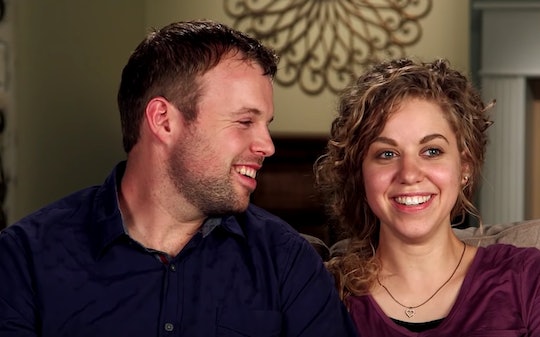 The couple revealed in an Instagram post on Thursday that Abbie had given birth to their daughter, Grace Annette Duggar, or Gracie, early in the morning on Tuesday. "We are quite smitten by our new bundle of joy and are soaking in all of her little newborn snuggles," they captioned two photos of their newborn daughter.

Counting On fans immediately flooded to the comments to compliment the couple on their new addition and to aww over their baby's name. "Love her name!!," one commented, while another said, "Great middle name."

While John and Abbie didn't reveal how exactly they came to pick Gracie Annette, it seems very clear that it's a nod to Abbie's middle name, which is Grace. Not to mention, Gracie Annette sounds a lot like Abbie Grace Burnett, Abbie's full name. Cute and clever!

Beyond sharing part of her name with Abbie, Grace Annette has a deeper meaning. The name Grace is of Latin origin, according to Nameberry, and means kindness and generosity. It also has ties to religion and can refer to God's grace, according to BabyCenter. As for Annette, her middle name is of French origin and translates to mean "grace", Nameberry explains.

As the Duggar family is very religious, it makes sense that John and Abbie chose a name rooted in their faith. Perhaps the new parents will share the inspiration behind their daughter's name soon. In the meantime, though, Counting On fans can rest assured that they're totally "smitten" with little Gracie.