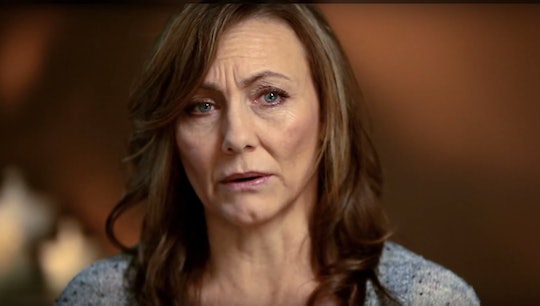 It is arguably the golden age of documentaries and true crime miniseries to both entertain and scare the hell out of everyone. You’ve probably thanked the party gods that you never got sucked into Fyre Festival when it happened, and had a good time sleeping with the lights on after watching The Ted Bundy Tapes, but Abducted in Plain Sight is the Netflix documentary all parents need to watch. Not just because it tells the story of a frightening child abduction and details the horror the family went through, but because of how it happened. And it could happen to almost anyone.

In the documentary, Jan Broberg and her family describe her abduction at the age of 12 by a close family friend and the years of manipulation and brainwashing that both lead up to and followed the crime. They explain that Broberg’s accused abductor, Robert Berchtold, and his own family had grown close to Broberg, her sisters, and her parents in the years leading up to her kidnapping. He allegedly used his personal charm to relate to almost every member of Broberg’s family, including her parents, who both admitted in the documentary to having romantic relations with him. If you haven't watched the documentary yet, it gets even more outrageous than that.

But the big takeaway here is that, as the title of the film suggests, Broberg was taken from her family in broad daylight and with no struggle because she knew and trusted the man who took her. As a parent, the thought of my son being taken by a stranger keeps me awake at night. The idea that someone already in his life, in my life, could take advantage of him and our family, makes me sick.

In Abducted in Plain Sight, Broberg alleged that during her first kidnapping, Berchtold did molest her repeatedly and went on to sleep in her bed in her family home as a form of "therapy." This is a man who was so close to the Broberg family that they trusted him to sleep in their preteen daughter’s bed.

The documentary sends an important message to parents about trust and boundaries. There’s no reasonable explanation I can think of that would lead me to allow someone who isn't myself or my husband to sleep in my child's bed, regardless of his age or connection to the family. Maybe that’s because we as a society are much more aware about these things than Broberg’s parents were when the crimes took place in the ‘70s. Since then, parents have become a lot more wary of strangers and the danger they might pose to children. But to the Brogers, Berchtold wasn't a stranger. He was like a genuine member of the family. And he could have easily been my friend or my husband's friend, someone I could have known for years before my kid was even born. Abducted in Plain Sight isn't just about how scary child abduction is. It’s about how scary it is to imagine that someone close to you could be the abductor.

Perhaps this story resonates particularly strongly with me because of my own experiences.

My parents were divorced before I was born, so I never knew them as a steady couple. More so, I know them as a sometimes volatile pair when my mom wasn't entertaining a new guy. My mom had a regular stream of boyfriends who would come in and out of our lives and they were never the most reputable men. Because of that, I preferred to play outside of our housing complex whenever possible rather than stay inside. The elderly landlord often sat outside of his own apartment on a porch that wrapped around the entire building, and, I’m sure, my mom thought nothing of the “nice old man” enjoying the sunshine while kids ran around playing.

I trusted him too because he was familiar and he didn't scream “stranger danger.” So when he asked me to sit on his lap most afternoons, I didn't think there was anything wrong with it. Because I trusted him. Because he was there all of the time and our family knew him. We didn't have the same kind of relationship with him as Broberg’s family had with Berchtold in the documentary, but our landlord wasn't a stranger and we all trusted him. Maybe it’s because of that experience that I’m so leery of adults around my son, but it does point to the fact that there are predators anywhere you look.

I don't see the point in condemning the parents in Abducted in Plain Sight. This man was a legitimate family friend who they naturally trusted. But as a parent, watching Abducted in Plain Sight makes me feel justified in being sometimes overprotective of my kid. Feel free to come at me if you don’t also drill it into your child’s mind that there is such a thing as inappropriate touching, even if it’s by a close relative. And if I’m wrong in habitually asking my son how adult relatives treat him and make him feel, then I’m totally fine with that. I’m not a cynic and for the most part, I try to see the good in people, but the fact of the matter is that bad people exist and sometimes, they are right in front of you.