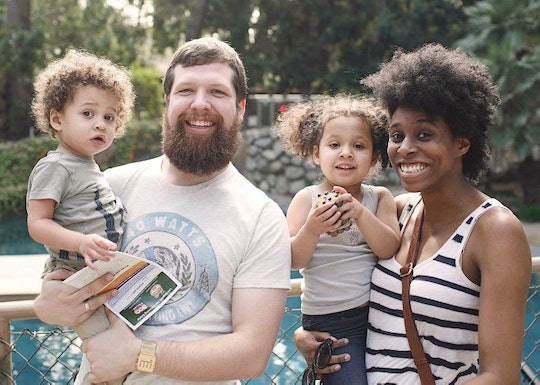 Actually, Cheating Wasn't The Reason I Left My…

I cheated on my husband during our seven-year marriage, but that isn't why we got divorced. In fact, after cheating, an interesting thing happened to our relationship: we were able to be honest with each other in a way we'd never been able to be before. After I cheated, I came out to husband as queer, and we were both able to talk about how we find ourselves attracted to other people. After I cheated, we decided to explore what non-monogamy looked like to us. We went to therapy, and we fell in love in a new way. Looking back, I cherish the years we had together after I cheated, the years before we ultimately decided to go our separate ways. Though it wasn't always easy, we both lived in a way that authentic and true to who we were. We learned to give each other the space and opportunity to be the people we wanted and needed to be. But as we grew into our own people, we also grew apart. In the end, it wasn't cheating that made me leave.

The morning my ex-husband found out I had cheated on him, I drove home feeling like my whole world was collapsing, and I realized I'd done this all on my own. I tried pretty hard to make up excuses and reasons for why I felt the need to have a relationship outside of the one I was currently in. But when I got home, my ex-husband simply sat with me and talked about what had happened. I told him he could leave me, that leaving me after what I'd done made sense, but he wanted to stay. He kept telling me how he wanted to stay. And he told me that he wanted me to stay so that we could work on things. I was surprised at first. I expected our marriage would completely crumble under the weight of what I'd done. I'd always associated cheating with the decline of a relationship, a lack of communication, a sign that the end was here. But that isn't what happened for us.

After we both got over the initial shock of the affair, we spent days and nights seated across from each other, talking about what needed to change in order for our relationship to move forward. We talked about how we'd changed, and how our marriage had shifted and we didn't even notice. I started going to a therapist and eventually encouraged him to come with me. He was resistant at first, but once he started going with me, it was something we looked forward to every other week. We learned just how honest we could be with each other. We talked openly about being attracted to other people, and we were both candid in saying how it felt to have your spouse put you down. We realized that even though we'd always prided ourselves on being so good at communicating — texting all day, always talking on the phone if we were part — we never realized the pieces of our communication we'd neglected.

At times I wish I could say it was because my ex-husband had turned cruel, or that he had fallen out of love with me, but that was never the case.

We used to validate each other at the beginning of our relationship, but our language in the years since then had become much more accusatory and defensive. It lacked love and support. Both of us felt as if we weren't being heard or seen. Therapy was brilliant for us because we suddenly felt as if we had a second chance at our marriage, a second chance at our friendship.

In going to therapy and focusing on our relationship, we explored what monogamy actually meant for us, what polyamory could mean for us, and what taking space on our own would look like. I'd spent the last five years of our relationship attached at the hip to my ex-husband, perfectly content, never staying. But once I did, I realized that I wanted to continue to explore and stretch myself. Going through this exploration made me wonder if we should have tried non-monogamy from the start. I wondered if we'd somehow jinxed ourselves by tying our lives to what we believed was a traditional monogamous marriage. The whole year after the affair, it felt like we'd fallen back into love, and we were standing on the foundation we'd originally built together. The only difference was that I didn't want to go back to what we were before, not after we'd both learned so much about ourselves and each other.

I believed a compromise could be reached, so we opened our relationship up, without understanding the energy and effort that needed to go into that. We didn't fully educate ourselves on what it actually meant to be non-monogamous. I believed we could keep working at it, while my ex-husband wasn't comfortable with multiple relationships. I realized that I couldn't be in my marriage anymore. It wasn't something I believed in; it wasn't something I felt like I could continue to be apart of. At times I wish I could say it was because my ex-husband had turned cruel, or that he had fallen out of love with me, but that was never the case. If anything, he was willing to work on all the things I asked and was willing to meet me in the places I needed, without question and with love. Coming to terms with the fact that you're ready to leave a relationship that's healthy for the sake of your empowerment is liberating, but also deeply heartbreaking.

The night we decided to end our marriage came after we'd returned home from being out one night. My ex-husband laid on the couch and asked me if I was willing to keep going with our marriage. I had to look him in the eyes and tell him I wasn't. That night, I felt like I'd cut off a part of myself but also that I'd stepped into a new part of myself. I realized no amount of wishing could make the person I'd built a life with, raised a family with, and loved into the person I needed as I continued to grow into myself. No wishing could make it so that our marriage could thrive in the ways we both wanted and needed.

But I also had my marriage, specifically my relationship with my ex-husband, to thank for the growth and change I encountered. I was no longer the 20 year old who got married to her best friend. I was now a 27 year old who had suddenly found their voice and their identity beyond their partner. So even I cheated on my husband, that wasn't what made me leave. It was the journey we embarked on after that realized I had to grow it new ways.