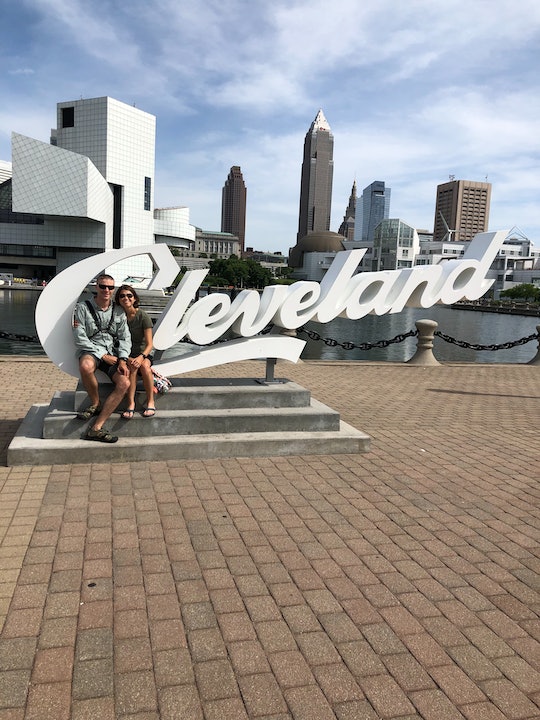 Jackie and her husband have been trying since late 2016. She suffers from hypothalamic amenorrhea, and this is the third installment of her Trying diary. You can read the previous entry here.

I love gadgets, which is good news and bad news when it comes to the whole fertility tracking thing. The tech world has homed in on people like me who love to track and test and optimize every variable of their body for peak performance. From basic basal body thermometers to earbud temperature gauges to bands and bracelets you wear at night, there are a zillion ways to spend your money on doo-dads.

The problem is I hate pretty much all of them.

It’s mainly that I’m forgetful, especially when it comes to first thing in the morning. For temping to be most accurate, you have to track every day and at the same time. It also helps if you sleep through the night.

I don’t do any of those things. I get up at the same time, mostly, but I’m the type of person who doesn’t think and just reflexively jumps out of bed, takes a pee and makes a bee-line to the coffee pot. Grabbing the thermometer on the bed stand as soon as I’m mildly awake, pressing the right button, waiting for it to beep (and waking the light-sleeping JP up in the process), then remembering to write down the number on a piece of paper or in my phone just isn’t happening on a consistent basis.

There are other ways to track fertility signs other than temping: pulse, cervical mucus, ovulation test strips. They can all be put into apps that are supposed to magically calculate prime humping time. But they’re a hassle, too.

Pulse is actually the easiest, because my watch already records that. Everyone swears by the “egg white” mucus test, but I’m sorry, the idea of trying to distinguish between "stretchy" "sticky" and "creamy" discharge makes me want to vomit. Peeing on a stick isn’t that burdensome, but since I’m not menstruating, I literally would be pissing my money away every day trying to catch my first ovulation before a period that may or may not come.

I guess I should woman up if I want this bad enough. But the cynic in me tells me why bother when my body is screwed up anyway. I just ordered the Tempdrop bracelet in a $150 attempt to do some sort of tracking in the laziest way possible. We’ll see if it’s just gadget fever or actually useful when we start the Clomid again or whatever else we may pursue.

Step one to helping fix my fertility is contraceptives?

That is what my O-BGYN is having me believe.

I went to my follow-up appointment where the doc told me my hormonal levels were still terrible (he didn’t even discuss them directly; I had to ask to see the actual numbers) and that we were going to try Clomid again. But he wants me to actually have a period before we start the Clomid so that it can be used at the right point in the cycle.

Since the "Provera challenge" failed last time, and my estrogen is still low, he said it’s highly unlikely Provera would induce a bleed this time. His solution: birth control.

“I know it sounds counterintuitive, having you go on birth control when you want to get pregnant,” he admitted, “but it’s only for a month.”

I’ve done the research; I know the pill will do nothing to “jumpstart” cycles. Clomid can do that, though, so if we have to step A to get to step B, so be it. I’ll try anything.

After a week, it is kind of an odd feeling. Estrogen, that is. I have not been “hormonal” in some time and am now remembering what it’s like, but different. I’m swollen and feeling heavy. I’m exhausted with a low-grade headache. I’m constantly hungry, yet nauseous. I can’t focus.

Most noticeably, I have no desire to work out. In a lot of ways, that is a good thing — maybe it’s what my body needs. — but the monkey brain says it’s a slippery slope to becoming a fat whale, and still a childless one at that.

I’ll have to wait another couple of weeks to see if it works — sometimes people don’t bleed on the pill. But I guess it’s a good primer for the hormones that may come next. Hopefully they are pregnancy hormones and not fertility injections.

Sometimes I feel like JP and I are two ships passing in the night, which isn’t exactly good when you are trying to conceive a child.

I spent nearly the last week in D.C. and northern Virginia on a work trip, and then visited my brother and my best friend, who both live in the area. The work aspect would have only kept me there three days, but JP was going to be working the whole weekend anyway so I decided to stick around.

I felt a little guilty, but at the same time, nothing is going to happen while I am finishing up the birth control. And we’re going to go on a little long weekend in a couple of weeks, which, although it won’t sync up with the cycle gods, will be good for the relationship.

But as I start looking at the calendar, I start wondering how we are going to make this work, especially with the required investment of time and potentially money in fertility treatments.

We already knew JP was going to be away for about a week and a half in July while he gets his SCUBA certification to join the state dive team. It’s for work, but it’s something he’s wanted to do for some time, so I wasn’t going to protest. But when I was in D.C., I got a call from JP in the middle of the afternoon.

“What sort of things do we have going on in August?”

This is never a good question during work hours.

“Uh, we have Marcie and Derek’s post-elopement party and my sister’s baby shower, but that’s about it. Oh and Anna and Luke are thinking of coming to visit.”

“OK, well, the Secretary is sending all law enforcement officers from the southeast on 30-day details to the Mexican border, so I am going to tell them I am available in August or October.”

If we don’t catch lightning in a bottle in June, then I have to hope I’m not ovulating the week he is away in July. If that doesn’t work, then August is going to be a wash and we are into September and then the holidays. All of 2018 will have been one big waste.

Of course my mind races to the dangers of doing border work, but also, come on. Every year it seems like Uncle Sam likes to pluck my husband away for one thing or another: Gulf oil spills, Alaska fishing patrol, Hurricane Maria, and the other random events. And it’s never a couple of days, either. Always some indeterminable amount of time.

It always has irked me, but now I’m thinking if we don’t catch lightning in a bottle in June, then I have to hope I’m not ovulating the week he is away in July. If that doesn’t work, then August is going to be a wash and we are into September and then the holidays. All of 2018 will have been one big waste.

I know I am getting ahead of myself, but time is so precious. Uncle Sam, I need my husband here, not somewhere in the middle of the woods.

“You have to understand that [in] your reproductive years, your body is not your own.”

I played this line over and over on repeat the other day because I needed to get it to sink in. The statement is absolutely true, but absolutely counter to every message that is buzzing around me.

“In this time period you have to allow your body to devote itself to doing the functions it needs to do to get pregnant and then have a baby, and be kind to your body.”

The words are from reproductive endocrinologist Dr. Betsy Barbieri who was speaking to former Great Britain national runner Tina Muir in her Running 4 Real Pregnancy and Postpartum podcast series. Muir made national news by giving up her running career to cure her hypothalamic amenorrhea and have a baby.

Muir was one of the biggest influences in making me realize what I was going through was not normal, and while I haven’t had the gumption to give up running altogether like she did, her podcasts have helped me keep myself in check. But I still struggle with the idea of having to gain weight, to become “unfit” in order to fix myself.

I downloaded one of her podcasts with a little bit of wishful thinking, and the first podcast turned out to be focused on conception and fertility. I listened to it a while back, but in a low moment feeling bloated and fat and slow, decided to go back and re-listen for a little motivation.

The message was everything I needed and more. Our bodies have seasons, just like everything else. Right now, I am in a season where I need to stay focused on what I need to do to have a baby and that may be counter to what my friends or Instagram superstars are doing or saying. I have to be OK with being a little soft. Research says the ideal body mass index and body fat percentage for conception is on the higher end of normal, and I started at below normal. Some women can conceive with six-pack abs and rippling muscles, but that’s not me.

Maybe I’ll be able to get there again, or maybe my life goals will change. I don’t know. But I do know that giving up control is absolutely critical to getting this process to work, and I’ll take whatever external encouragement I can get.