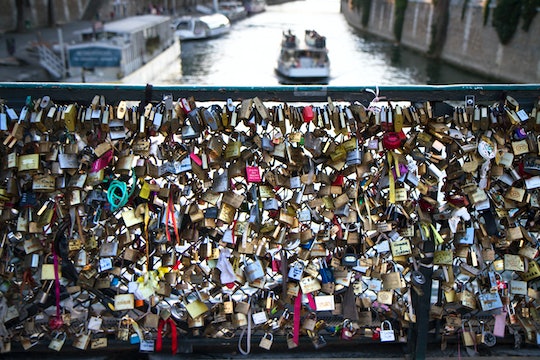 After Paris Attacks, Social Media Gives Users Ways To Locate Their Loved Ones, & It's A Bit Of Light In All This Darkness

In the immediate hours following of the Nov. 13 attacks in Paris, the initial emotions of shock and sadness about the violence that was unfolding were eclipsed for many by one other main concern: Trying to find out if their loved ones in Paris were safe. Six coordinated attacks took place across the city that day, claiming the lives of more than 130, wounding 350, and leaving nearly 100 in critical condition. But once again, the power of social media came to the aid of those trying to locate friends and family, as social networks like Twitter and Facebook helped users search for loved ones in Paris more efficiently than ever before.

For those who remember 9/11, Friday’s attacks in Paris and the frenzy that followed was an eerie reminder of the panic and devastation that can envelop a city, a nation, and a world, all in a matter of minutes. Back in 2001, although I had a cell phone, landlines were still the primary way of reaching people. I was in Brooklyn at the time the planes hit, and I remember trying frantically to call my friends in Manhattan and being unable to get through because too many callers were clogging the system. Now, nearly 15 years later, that problem has been remedied, thanks to the rapid-fire communication of social media worldwide.

For those who were searching via Facebook, the social network launched their "safety search" tool, which allows users to mark themselves as "safe" in the aftermath of a crisis. And Twitter was especially valuable in offering Parisiens safe haven, as users tweeted the hashtag #PorteOuverte to let others know their door was open. Another hashtag that made the rounds on Twitter was #rechercheParis, which translates to "search Paris." According to CNNMoney, the hashtag #rechercheParis was first used by a woman around 2 a.m. on Saturday local time, but in just under two hours, the hashtag was used in more than 100 tweets per minute, according to Twitter's data.

As many witnessed firsthand, the Twitter community showed solidarity in the midst of Friday's madness, giving people a vehicle to reunite with missing persons. CNNMoney also reports that users all over the world were posting photos of loved ones in Paris they were trying to locate, along with contact info. Many Twitter users stepped in to retweet those photos and spread the word, with some photos being retweeted thousands of times. Some users even retweeted them to add the hashtag #rechercheParis in order to further help the photo go viral.

Twitter also saw some happy reunions, with users posting good news and thanking their online community for lending a hand.

Here in the U.S., people also took to Twitter to offer stranded and scared Parisiens who couldn't get home a places to stay — proving in yet another way just how united social media can bring a world full of strangers all left reeling from the same tragedy.