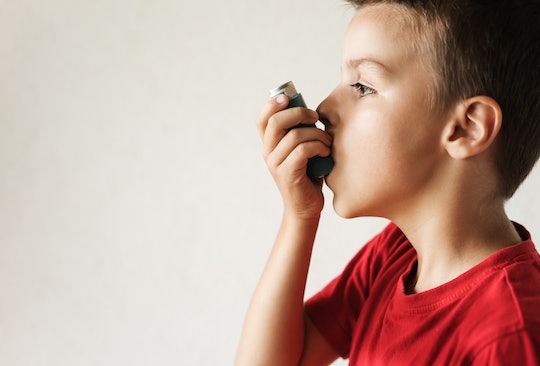 Asthma has become an incredibly common ailment among children in the past few decades. Considerably more common than it was even 30 years ago, it seems. In fact, so many children suffer from this chronic respiratory illness all over the world that it has become one of the most common non-communicable disease affecting children on the planet. Why have occurrences of asthma spiked in the past few decades? According to a new study, air pollution could be linked to asthma in millions of kids. And the United States did not fare well when it came to air pollution, comparatively speaking.

Researchers from George Washington University Milken Institute School of Public Health in Washington, D.C. recently looked into the effects of nitrogen dioxide on new instances of asthma in children. Nitrogen dioxide is a major gaseous output found in energy production and most especially traffic pollution, along with other elements like particulate matter, ozone, and carbon monoxide, according to Green Facts. It's that stuff in the air we breathe in as cars are whirring past, and it's apparently pretty terrible for kids, especially.

The researchers involved in the study looked at data collected from 125 cities in 194 countries between the years of 2010 and 2015, according to their findings published in Lancet Planetary Health. This data included population statistics, new cases of asthma diagnosed by doctors in the area in people under the age of 18, and nitrogen dioxide measurements from the ground and through satellite transmissions, according to the study.

After studying all of the elements, the researchers found that a full 4 million cases of asthma in children could be attributed to air pollution, which amounts to around 13 percent of all pediatric asthma cases across the globe. This means 11,000 new cases every day of the year, as The Guardian reported.

The research also suggests that just under two-thirds of these cases lived in urban areas where traffic pollution was more prevalent. Some of the areas with the worst air pollution were found in China, South Korea, and India, according to the BBC.

Researchers noted that 240,000 new cases of asthma could be linked to the United States between 2010 and 2015, and that urban centers like Los Angeles, New York, Chicago, Las Vegas, and Milwaukee had the most cases, according to Newsweek.

The Environmental Protection Agency (EPA) has noted in the past that exposure to traffic pollution can make asthma worse or even trigger symptoms like wheezing, difficulty breathing, and inflamed airways. But now it seems the air pollution might not simply trigger the disease but also could be causing it.

Senior author of the study Dr. Susan C. Anenberg explained to Newsweek: "This study is significant because it provides the first estimates of the number of new asthma cases among children worldwide that are attributable to breathing nitrogen dioxide pollution, and does so in a way that accounts for exposure to children living near major roadways."

It should also be noted that the number of asthma cases that could be caused by air pollution could be higher in lower-income regions where the condition might go undiagnosed.

As more and more countries aim to reduce their carbon footprint in an effort to combat the ill effects of air pollution — which the World Health Organization recently called one of the greatest threats to health in 2019 — this is important data to keep in mind. Millions of children suffering from a chronic respiratory disease they might not have otherwise contracted. Things clearly need to change.