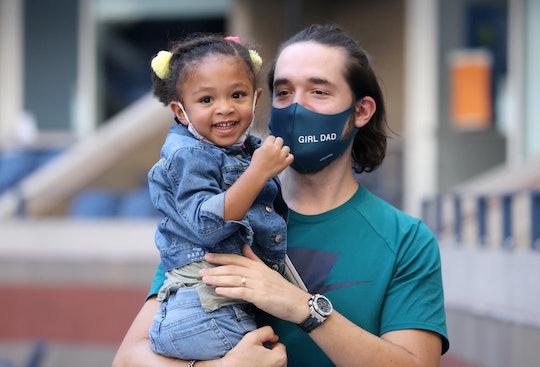 In an op-ed published by Fast Company, Reddit co-founder Alexis Ohanian condemned the stigma surrounding paternity leave, noting that normalizing fathers taking that valuable time off to be with their families could help close the gender wage gap. The Reddit co-founder said he was motivated to speak out after seeing the CEO of a well-known fitness brand belittle a male colleague for considering to take paternity leave.

"Saw the ex CEO of a fitness brand allegedly disparaged a male colleague who was contemplating taking paternity leave," Ohanian tweeted Monday along with the link to his op-ed. "So I wrote this on @OlympiaOhanian's 3rd bday bc we need to end this absurd stigma against men taking paternity leave."

Although Ohanian didn't name names, he did drop a clue about which fitness CEO he was talking about. In a follow-up tweet, Ohanian linked to a Business Insider article regarding a complaint filed with the Equal Employment Opportunity Commission. That complaint alleged former SoulCycle CEO Melanie Whelan told the company's senior vice president of global operations and studio experience that "paternity leave is for pussies" in August 2019. At the time, the senior vice president was himself preparing to take paternity leave, according to Business Insider. Whelan resigned from the company in November for undisclosed reasons, CNBC reported.

"While a small fraction of U.S. companies (9%) offer paid paternity leave, the stark reality is that many men don't take advantage of the opportunity, due to a looming stigma and fear of losing their standing — or, even worse, their job," Ohanian, who took four months of paternity leave following the birth of Alexis Olympia Ohanian Jr., his first child with Serena Williams, wrote in his op-ed. "Unfortunately, those fears are not unfounded and that stigma is very real."

Ohanian went on to argue that Whelan's alleged comments are, unfortunately, not outliers but rather "symptomatic of a larger societal sentiment" that carries with it dangerous implications. Along with perpetuating the foolish and antiquated idea that men are less of a man for getting involved in child care, Ohanian argued such comments reinforce the false idea that mothers should be primary caregivers. "Fathers must feel empowered to take paternity leave, and our society needs to normalize this," Ohanian wrote in his op-ed.

Ohanian went on to write that normalizing men taking paternity leave could ultimately have benefits that extend well beyond the father's individual family. "Studies have shown that when men are able to take paid leave, they can help close the gender pay gap," he wrote, citing research from Sweden that showed a mother's earnings rose by about 7% for every additional month her spouse was able to take leave. Additionally, according to Ohanian, supported paternity leave policies could also help companies retain talented employees as a Promundo study showed 77% of millennial men had or would be willing to change jobs if it meant a better balance of career and family responsibilities.

This isn't the first time Ohanian has spoken out publicly in support of paid family leave. Last year, according to Business Insider, Ohanian spent time lobbying Congress for a federal family leave policy. Since then, he has continued to speak out about the need for a national family leave policy, often touching on his own personal experience with taking paternity leave after Williams suffered a pulmonary embolism following an emergency C-section.

"Executives in positions of power need to take full advantage of those policies and encourage their employees to do the same," Ohanian wrote for Fast Company, arguing that change comes from the top. "This sends a clear message that the policies are more than just lip service, or an HR box checked — they're a concept the company truly believes in... We need to change the way we as a culture think about paternity leave and empower fathers to embrace it as a right they are entitled to, and not a career choice they have to make."