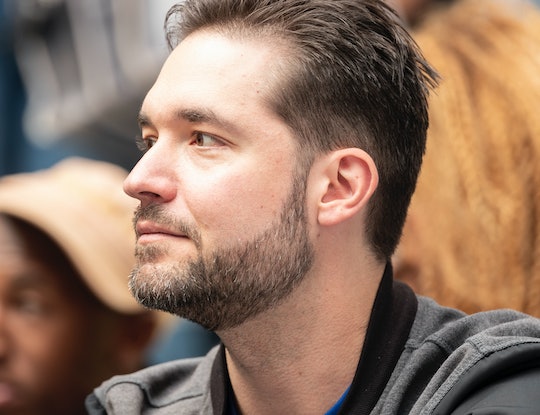 In the wake of the police killing of Rayshard Brooks in Atlanta on Friday, Reddit co-founder Alexis Ohanian recalled an encounter he had with police when he was in college that highlighted the reality of white privilege.

In an Instagram post, Ohanian revealed that he had fallen asleep in his car after a night of partying with his friends in 2005, shortly before he started Reddit. "A police officer on campus found me asleep in my car, keys on the seat next to me. I was drunk with an eighth of weed in my pocket," he wrote. "I'd had some fun with friends that evening and when I got back to my car, I knew there was no way I was driving anywhere, so I reclined the seat and passed out."

"I was pretty drunk (and high), so I couldn't say anything terribly coherent other than 'No dRIVE. nO DrIVe,'" he continued. "And I just repeated that answer to every question until he got frustrated and asked me to call some friends to pick me up."

Ohanian, who's married to tennis pro Serena Williams and shares a 2-year-old daughter with her, added that the cop told him he was lucky that he "didn't have the keys in the ignition, even with the car off" because it would've been "much worse" for him. "I thanked him (I think) and got home safe except for a bad hangover the next day," he wrote.

Ohanian admitted that he'd laugh about the incident with friends for years and acknowledged that the reason his story had the outcome it did was because he's white. "#BecauseIWasWhite I walked away and entered Y Combinator — not a jail cell...or worse," he wrote. "I became an entrepreneur, not a statistic. I'm grateful for that police officer's tolerance with me and disgusted that it's so obviously not afforded (and never been) to everyone just because of their race."

Like Ohanian, Brooks was found sleeping in his car; he was at a Wendy's drive-thru in Atlanta, according to NBC News. Unlike Ohanian, Brooks, a 27-year-old father of four, died that night. Brooks had failed a sobriety test and was fatally shot by police on June 12 after a physical struggle with officers, according to the Georgia Bureau of Investigation. Officer Garrett Rolfe, the policeman who shot Brooks, has been charged with felony murder, according to CNN.

In a conversation with CBS This Morning's Gayle King, Ohanian said it's important for people to recognize their privilege, comparing it to building muscle. "The discomfort that we feel physically when we push ourselves to go further is something that we usually embrace, right? We know that's where growth happens. That's where muscles are tearing just a little bit so they regrow stronger," he said. "These conversations are that same kind of exercise. They're that same kind of discomfort from our brains and for our souls... Because at the end of the day, if what we're asking privileged white people is to be able to feel a little bit of discomfort to have a hard conversation, it's a very reasonable ask."

This isn't the first time Ohanian has acknowledged his privilege recently. Earlier this month, he stepped down from his position on the Reddit board in an effort to bring diversity to the highest levels of business. He was replaced by Y Combinator CEO Michael Seibel in the following days.

In addition to stepping down from the Reddit board, Ohanian pledged to donate $1 million to Colin Kaepernick's Know Your Rights Camp, which helps raise awareness for how people can properly interact with the police and provides free legal aid to victims of police brutality. You can donate money to Brooks' wife and kids here and sign a petition demanding justice for his death here.