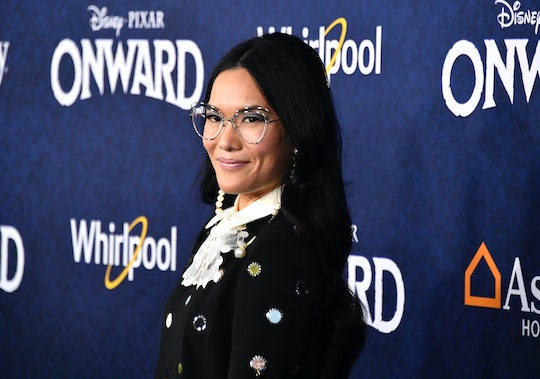 Who needs brunch? Watching Ali Wong's Netflix recommendations for Mother's Day is the perfect way to celebrate indoors. The actress and comedian shared a playlist for the holiday that's pretty much perfect, and the streaming platform even added to the fun with more suggestions based on the moms from your favorite Netflix series.

If you're familiar with Wong's hilarious Netflix stand up specials — Baby Cobra and Hard Knock Wife — then you're probably aware that she is one mom who isn't afraid to keep it very real. Wong certainly embraces every single good and bad side to motherhood, especially when it comes time to being a parent to her two young daughters, Mari and Nikki. But this hardworking mama also knows how to kick back, relax, and take some time to watch a few shows on Netflix, which is something everyone can do with their own moms this Sunday.

Wong recommends watching these four programs (available to stream right now on Netflix) that are just as real as she is:

If you're anything like Wong, then you'll want to start by watching the thrilling Korean zombie flick, Train To Busan. This film, about a dad and his daughter making their way by train to the only city that is safe from the zombie outbreak, will definitely make you hug your kids tighter. After you've worked up your heart rate, watch Homecoming: A Film By Beyoncé, which will make you dance and relieve any stress from watching that thriller. Then grab the tissues and watch Roma, an emotional film set against domestic and political turmoil in the 1970's. Finish out the marathon by watching an episode of Stranger Things — Netflix's series about a mysterious experiment taking over one little town (or watch the whole series, why not?).

Wong isn't the only Netflix mom that you can emulate this Mother's Day when it comes down to picking something to watch.

If you're a mom like DJ Tanner from the Netflix series, Fuller House, then you're strong, but also know how to ask for help at the right time. The following programs are perfect for a mom full of love like DJ, according to the Netflix team:

Or if you're a mom like Monica Aldama, from the heart wrenching Netflix reality series, CHEER, then you want to see your kids succeed, but will push them to their limits because of it. You're fiercely protective and inspirational. The following Netflix programs are right on the nose for a mom like Monica:

Or a mom like Moira from Schitt's Creek? As Netflix put it: "You might not always remember their names, but your family loves your flair for the dramatic almost as much as you love your wigs."

In other words, there is something on Netflix for every mom (and person) to watch this Mother's Day.