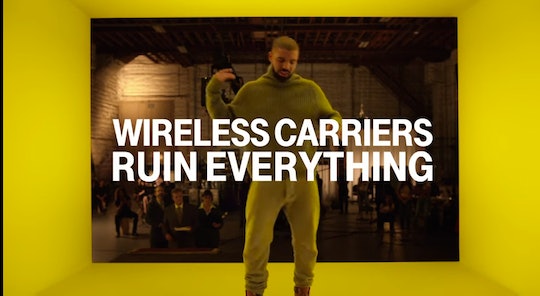 All Of The 2016 Super Bowl Commercials So Far, So You're Ready For The Big Broadcast

There are only hours left until the Super Bowl Sunday kick-off and the Carolina Panthers face the Denver Broncos. Whether or not you are interested in sports, there is always something worth watching the telecast for — the commercials. Lucky for you the internet has almost all of them up already. Here are all of the 2016 Super Bowl commercials so far, so you'll know what's coming once the show is underway.

Advertising is a huge part of the Super Bowl. Since it's consistently the highest rated television event of the year, according to Vox, advertisers pull out all the stops, creatively and financially. This year, CBS charged $5 million for a 30 second ad, compared to last year, when NBC charged advertisers $4.5 million per 30 seconds of advertising, according to Bleacher Report. I know, right? Crazy.

The Huffington Post reported that the 2015 Super Bowl was the most-watched show in United States television history, with a massive 114.4 million viewers tuning into the broadcast. In the eyes of brands, that may make $5 million seem like pennies compared to the massive amount of exposure they get during the broadcast.

The 2016 commercials and commercial teasers posted on YouTube so far this year have not disappointed. Check out all of the ones released so far:

Relying on images and sounds, the commercial speaks for itself.

While it takes a second for the joke to hit, designers and Adobe lovers around the world understand what makes this commercial so great.

Showing off the power of Amazon Echo, Amazon shows just how much its product can truly help in times of need.

Jeff Goldblum and Lil' Wayne make an unlikely duo for this hilariously random commercial for Apartments.com.

With a David Bowie soundtrack and an elderly man reliving his glory days, I'm already tearing up.

A commercial full of millennials and references from the recent future to make you nostalgic for flying in airplanes and Scott Baio.

Your favorite comedy actors team up as two campaigning candidates for The Bud Light Party — an imagined political party with Amy Schumer and Seth Rogan at the head of it. Is it too early for me to start making my Schumer for President t-shirt or...?

Dachshunds in hot dog costumes. What more can you need?

Blake Lively's hubby stars in the commercial about a town called Ryanville aptly named after the actor himself. Watch as he plays a man—wait, every man in the town, and try not to wish you could book a one-way plane ticket there.

But that's not the only Super Bowl commercial from Hyundai this year. Kevin Hart stars as an overprotective father with one very smart car who just can't seem to leave his daughter alone.

Christopher Walken delivers a compelling metaphor for life using socks. And theres a car, too.

Was anyone else waiting for Liam Neeson to deliver the monologue from Taken? Just me?

Defying labels, one tiny car and celebrity at a time.

The one commercial I guarantee everyone will be talking about come Monday. Keep an eye out for this one.

This commercial features the singer and a choir of singers, both young and old, born after Super Bowl wins, spoofing his famous song, "Kiss from a Rose."

Tough professional football playing dads do their own daughters hair. Can this get any more adorable?

Monae dances through the decades in the most stylish and well coordinated way possible. The commercial ends with the Joy of Pepsi song, bringing back memories of the early 2000's when Pepsi did the same thing with former Pepsi spokesperson, Britney Spears.

Talk about nostalgia. This inspiring commercial evokes feelings of soft drinks and fitness gear. Not catching them all.

Steven Tyler and a singing portrait made out of skittles. It somehow works.

Willem Dafoe stars as Marilyn Monroe. And that is a sentence I never thought I would write.

The hilarious duo of Key and Peele team up with website builder Squarespace for this Super Bowl ad about two very passionate sports commentators with a knack for style and dope websites. Key and Peele will be livestreaming their own commentary of the Super Bowl as these characters to make for one hilarious comedy bit.

Drake makes fun of himself and his great dance moves in an homage to his "Hotline Bling" music video that will be sure to get the song stuck in your head again.

Victoria's Secret Angels star as football players in an intense game of Angels vs. Devils.

Regardless of which team you root for, (go Panthers!) I think fans of both teams can agree that the commercials are one of the best parts about watching the live broadcast and I can't wait to see them on Sunday night.