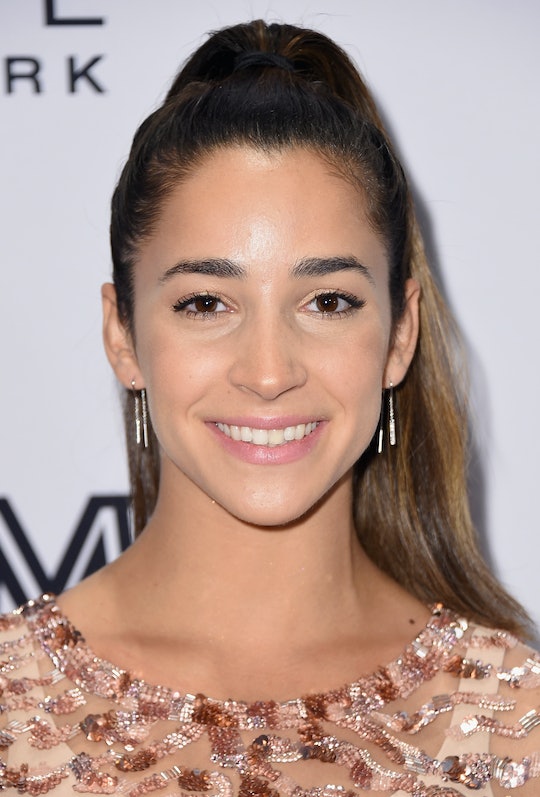 How many little girls watched the 2016 Olympics and dreamed about becoming a gymnast themselves one day? After watching the "Fierce Five," the top female competitors on the United States Gymnastics team, it's easy to imagine millions of little girls around the world dreaming they were one of them. Dreaming of making it to the Olympics one day. Those little girls had no idea of what was happening behind the scenes for those athletes. But it seems far too many adults did have an inkling of what was happening, and that's the problem. Olympic gymnast Aly Raisman says she was sexually abused by the women's gymnastics national doctor, and her allegations raise questions about the pervasive culture of secrecy that allows predators to prey on young, vulnerable girls.

More Like This
Bindi Irwin Has Been Sharing The Cutest Photos Of Her Daughter
Wait, Did The Government Actually Do Something For Parents?
Everything You Need To Know About Prince Harry & Oprah Winfrey’s Series
Lisa Kudrow’s Son Used To Say "Mommy!" When He Saw Jennifer Aniston On TV

In an interview with 60 Minutes, which will air on Sunday, Raisman says she was one of the more than 120 young women who have accused Dr. Larry Nassar, a former employee of Michigan State University and volunteer medical coordinator for the U.S. Women's Gymnastics team, of years of sexual abuse. She is the second member of the gold medal-winning 2012 Olympic team to accuse Dr. Nassar of sexual abuse. n October, her former teammate McKayla Maroney tweeted about the alleged abuse that started when she was just 13-years-old as part of the #MeToo campaign, according to Time.

Romper reached out to Dr. Nassar's lawyers, as well as a representative for Raisman, but did not immediately hear back.

At the time, Raisman (who is now 23-years-old) publicly supported Maroney but wasn't ready to talk about her own experiences with Nassar.

She is ready now.

Raisman began seeing Dr. Nassar when she was just 15, and claims that she was abused by him under the guise of medical "treatment" as so many other women, many of them former athletes, had been as well. She also details her experiences in a book she has written, Fierce, which is scheduled to be released on Nov. 14.

The decision to talk about her experiences with Nassar was apparently borne out of a need to change the system, which Raisman felt left her and other young women to fend for themselves at the hands of a predator... and a culture that continues to put the onus on the victim. When asked by 60 Minutes why she didn't report the abuse earlier, she rightfully snapped back:

Why are we looking at why didn’t the girls speak up? Why not look at what about the culture? What did USA Gymnastics do, and Larry Nassar do, to manipulate these girls so much that they are so afraid to speak up?

Raisman has come forward to question the leadership of USA Gymnastics, who have come under fire for being slow to respond to sexual abuse allegations and misconduct concerns regarding Nassar since the outset of his involvement with the women's gymnastics team in 1996. He was able to move from gym to gym virtually unimpeded, and allowed access to hundreds of young women, according to ESPN. Nassar resigned from his position with USA Gymnastics in 2015 amid concerns that he had behaved inappropriately during medical exams; these concerns were not reported to his new employer, Michigan State University, when he was hired for that job. Nassar is currently in jail awaiting trial on a multitude of charges based on sexual abuse allegations and child pornography.

The six-time Olympic medalist told 60 Minutes, according to ESPN:

I am angry. I'm really upset because it's been -- I care a lot, you know, when I see these young girls that come up to me, and they ask for pictures or autographs, whatever it is, I just ... I can't ... every time I look at them, every time I see them smiling, I just think ... I just want to create change so that they never, ever have to go through this.

Because of women like Aly Raisman and McKayla Maroney, hopefully things will change. Hopefully, the conversation will finally move away from "Why didn't the girl report?" to "How can we keep our kids safe?"

Hopefully, this is a question that won't need to be asked at all in the future. That a little girl will be able to dream of going to the Olympics, work hard, and make that dream a reality. And stay safe from predators all along the way.