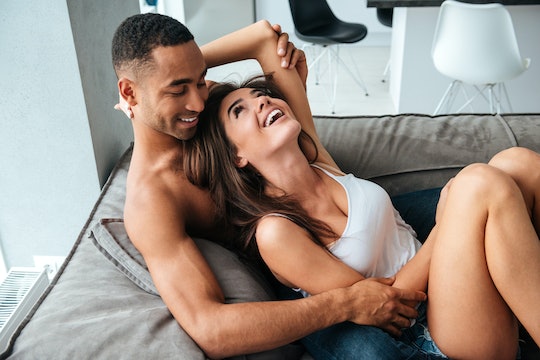 Dr. Kameelah Phillips, an OB-GYN based in New York City, tells Romper that the connection has a pretty scientific purpose. "Many women experience a natural increase in their sex drive during the time of ovulation," she says. "This is nature's way of making sure that sperm are waiting for the egg when ovulation occurs. Because the egg is only viable for 12 to 24 hours, it makes sense that a woman's sex drive is increased during ovulation to maximize her changes of becoming pregnant."