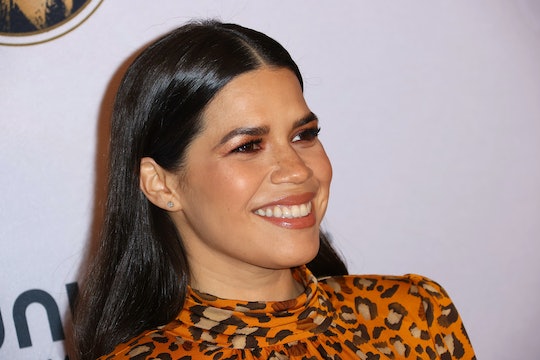 Four months after giving birth to her little girl, actress America Ferrera a photo of herself pumping breast milk as she headed back to work and, as she put it, she's all about that #pumplife.

The Superstore star took to Instagram on Tuesday to share a photo of herself getting ready to head back to work, complete with a smile and a breast pump. She and husband Ryan Piers Williams welcomed daughter Lucia Marisol Williams on May 4, making their son Sebastian a big brother at just 22 months old at the time.

In February, before Lucia's birth, Ferrera spoke to People about what she imagined parenting two children under the age of 2 might look like for her. At the time, she told the magazine, "Now that I’m gonna have two, I’m sure that’s just gonna get even more complicated." Still, even though having two kids looked different, she went on to add, "But in a way, having children — and especially children who I hope identify with their cultural roots — it all feels so much more important. I feel like being a mother has energized me and has focused me."

Now that the family has had a few months to settle into their new normal, Ferrera is on her way back to work and multitasking like a champion. "Mama goes back to work... baby and pump in tow. #pumplife," she wrote on Instagram.

Several moms opened up in the comments section about their own experiences pumping when they went back to work. "I’m going back to work this week too from maternity leave. I’m nervous and a bit heart broken. But we got this, we do it for our babies. May they see us show up and work hard so they do the same and stand on their own two feet," one fan commented. Others wrote encouraging messages like, "Just unplugged from my pump and that same bra! Go mama!" and "I know that pumping life all too well, super mama!!"

Ferrera announced earlier this year that she would be leaving the NBC show Superstore after five seasons as its star, although she is slated to appear in the first episode of the sixth season so she could be heading into filming for that with her daughter and breast pump. Or she could be working on any number of projects including the new nonprofit digital platform for Latinas she launched with Eva Longoria she_sepuede.

Whatever Ferrera might be working on, she's bringing along her baby girl. And her breast pump.